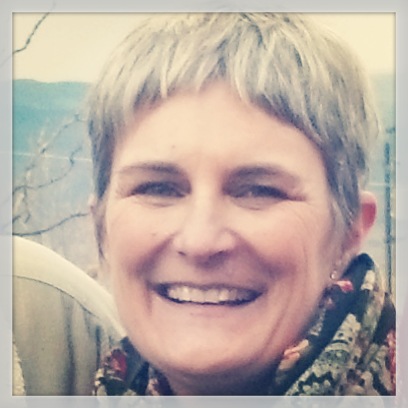 Sarah Savasky has been a long-term member of Laura’s Friday morning feedback class. She has won awards for her writing (often in the humor department) and is currently working on a novel about a protagonist coping with chronic illness. We all love Sarah’s protagonist, Amy, and the dilemmas she faces. This piece is an excerpt of her novel in progress–Laura

Amy has one foot in a sensible shoe and one foot in a stiletto.  This makes it difficult for her to move forward, or in any direction for that matter.  She is walking a fine line: trying to grasp the subtle difference between resignation and acceptance, self-compassion and self-pity.  She has heard that the journey is more important than the destination but, so far, this has not been her experience.

Today, Amy is trying to make up her mind about going to a support group for people with chronic illness. She’s still recovering from yesterday’s doctor’s appointment and last night’s sleeping pill. And then there are the voices in her head; the two sides to every story she tells herself. Part of her wants to be with others who understand and part of her dreads it. Amy and Michael, her therapist, have talked about this; the fear she has of over-identifying with her illness.  She doesn’t want to be one of “those” people. Amy doesn’t want to be a victim.  This is where acceptance and compassion come in; this is also where resignation and pity live.  So far Amy has given herself two choices: over identify with her illness, or pretend that she doesn’t have one.

This is also why Amy has trouble asking for help. She doesn’t want to be a burden to anyone. Amy tries to save it all for Michael. He can take it. He’s getting paid to take it. And Michael has a way of making her feel special without making her feel pathetic. He’s an expert at walking the line.  He encouraged her to go to the support group, just to check it out. He reminded her that she doesn’t have to go back. He told her she can even leave in the middle if she wants.  Amy is thinking at the very least, going will make for good conversation, later, with Michael. And so she decides to go. Amy calls her husband, Steve, at the restaurant to let him know where she’ll be. He says he thinks it’s a good idea. Amy takes this to mean that he thinks it’s better if she talks to other people about her problems. Amy makes a lot of assumptions about what Steve means.

The support group meets at a local doctor’s office. Amy is early but there are already ten other people there, sitting in chairs that form a circle. One of the perks of having a chronic illness is that you don’t really have anywhere else to be. And chronically ill people seem exceptionally eager to talk about themselves. The best she can hope for is a good facilitator. It has to be someone who’s not afraid to keep things on track and cut people off. Amy doesn’t do well with monopolizers.

As soon as the empty chairs are filled, Lorraine, the facilitator, introduces herself and says that she is going to lead the group in a visualization to help everyone relax and “get present.” Amy immediately tenses up and “gets annoyed.”

“With grace and clarity Laura Davis brings us a critical message: that making peace in our own lives and in the larger world needs to be first and foremost on both our personal and national agenda." –Marilyn Van Derbur, Former Miss America and National Speaker for Children’s Rights

"I Thought We’d Never Speak Again is a tremendous gift, and will change the way we think about reconciliation in our personal lives, in the criminal justice process, and in the greater world." –Greg D. Richardson, Restorative Justice Institute

"I Thought We’d Never Speak Again is filled with an unbeatable combination of compassion, clarity, warmth and good solid prose. No one can turn from its truth." –Natalie Goldberg, author of Writing Down the Bones and The Essential Writer’s Notebook

“Few authors have addressed the issues of forgiveness and reconciliation with such clarity, compassion, and sensitivity." –Mark Umbreit, Ph.D., Founding Director, Center for Restorative Justice and Peacemaking, University of Minnesota, School of Social Work

"As we hunger for authentic expressions of peace and reconciliation, Laura Davis has given us a true gift. She offers pathways for us to let go of pain, bitterness, fear and even hatred." –Mark Umbreit, Ph.D., Founding Director, Center for Restorative Justice and Peacemaking, University of Minnesota, School of Social Work

"Laura Davis has a real knack for putting her finger on the pulse of what people are struggling with and what they need to hear. With her ground-breaking book on reconciliation, she has done it again." –Marilyn Van Derbur, Former Miss America and National Speaker for Children’s Rights