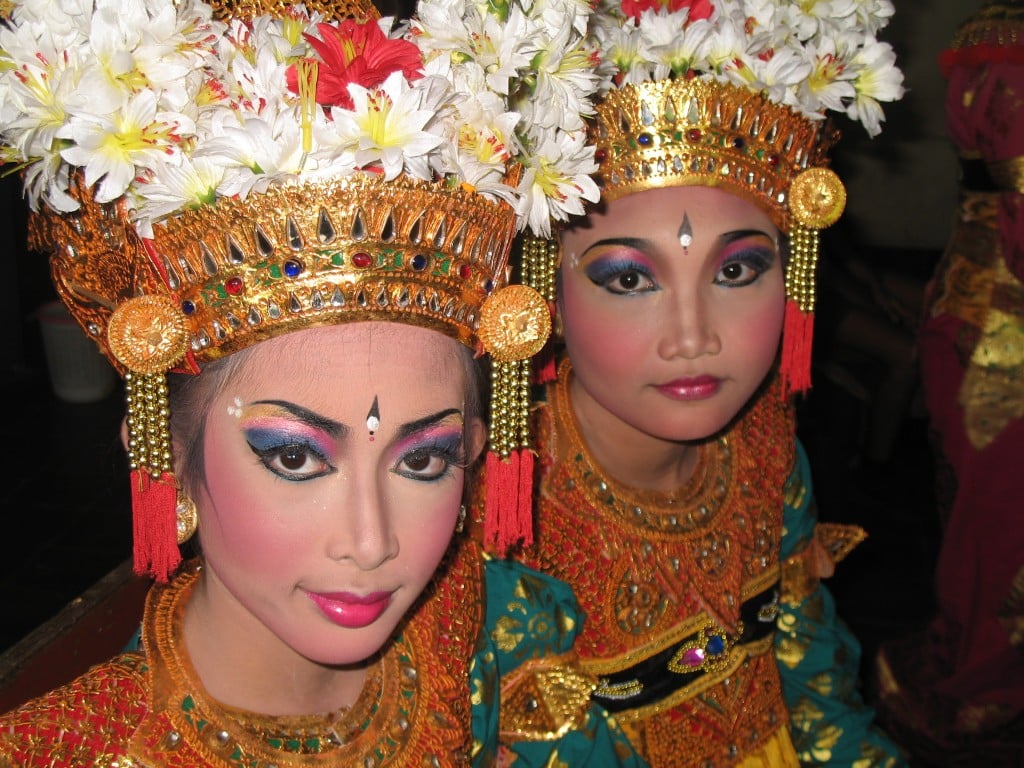 Travel Writing Tip #2: Always look for something you can be fascinated by.

During past trips to Bali, we’ve been able to see two of the critical rituals in the lives of the Balinese: a coming of age ritual for adolescent boys and a mass cremation ceremony.

When you travel with our guides, Judy and Surya, you open the door to all kinds of possibilities – including the spontaneous opportunity to witness such rituals.

Rituals hold together the fabric of Balinese life. There is much less alienation in Bali because everyone in the culture has their place and the ceremonies that mark the stage of life keep everyone in their rightful place. Everyone belongs and everyone is part of an interwoven community.

There are four major ceremonies that happen, sequentially, in the life of every Balinese person. The first, the baby ceremony, usually takes place when a baby is six months old. Babies are considered to be little deities, fresh from heaven and they are revered by the Balinese. There is no child sexual abuse or child abuse among the Balinese.

Each baby is considered to be the reincarnation of an ancestor, and parents often go to a channeler to find out what ancestor their new child is. They might be told, “This baby loves the water like great aunt Made.” Or “This baby has a high dimple, just like grandfather Ketut.”

For the first six months of their lives, babies’ feet never touch the ground. They are carried everywhere, by their whole extended family. At six months of age, they receive their first haircut, their feet touch the ground and they are given a name. At that time, they move from the heavenly realm and become a human being.

Turn your images now on if you want to see:

The second major ceremony in Balinese life happens at puberty. It is the crossing over into adulthood. That is the time when the young person is at risk of being lured by the Balinese equivalent of the seven deadly sins. It’s a risky time spiritually because demons are hanging around.

This is where the teeth filing ceremony comes in. The Balinese believe our animal energy is stored in our canine teeth and in order to control it, the canine teeth must be filed down.

The young people are dressed in gorgeous clothing and big headdresses and a specialist is called in to file down their canine teeth. Herbal medicine is rubbed on the gums to numb them and then each teenager gets to determined how much filing they want done. The filings are kept and put in a small coconut so low spirits can’t get a hold of them. Later they are buried.

If a young person dies before their teeth have been filed, the corpse must have its teeth filed before it can be cremated.

The third major ceremony in Balinese life is marriage. All Balinese want to get married, and Balinese men are allowed to have up to three wives, if their first wife gives her approval. The marriage ceremony is expensive. The whole community must be invited and must be fed.

The final and most holy ceremony for the Balinese is cremation. Cremation is the most expensive ceremony, and because of the very high cost, it does not usually happen immediately after death.

When you drive around Bali, you see little tiny headstones on the ground. These are temporary burial sites for people who have not yet been cremated because the family doesn’t have the money for the cremation or is waiting for a mass cremation ceremony. Often bones stay in the ground for five years or ten or even twenty years until they are dug up and given their final ceremony–a ritual cremation.

Cremations are held in a public place and they are a joyous time for the Balinese because the soul is being liberated.

In my love affair with all things Balinese, I have loved learning about these rituals and have the honor to witness a few. If you come to Bali with us next summer, you, too, will have the chance to fall in love with magic of the Balinese and the deep spirituality they bring to life.

Join me in Bali next summer!

In the spirit of adventure,

P.S. If you’d like to read about one of my prior trips to Bali, you can read my Virtual Vacation posts here.

Who I am becoming. You can share your response to this prompt below. ... END_OF_DOCUMENT_TOKEN_TO_BE_REPLACED