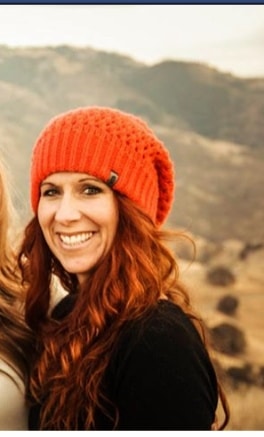 Julie Sheehan lives in Livermore and has attended many of Laura’s writing retreats. She wrote this piece during Laura’s weekend retreat at Esalen in Big Sur. The prompt was, “Tell Me About The Sounds of Your Childhood.”

Henry was a mean Mother Fucker. I can’t even remember how he came to us. Growing up on a farm, animals were always coming and going.

Buttlick was my favorite. An orange cat with darker stripes who did nothing but lay in the sun on the deck all day licking his butt. He had the life.

Sometimes I’d hear a gunshot over breakfast and I knew we’d be having bacon soon. Or I’d come home from school to see a cow carcass hanging from the red barn while the butcher hosed off the blood from the concrete pathway that led to the house.

Sometimes I was in charge of gathering the eggs and I hated that chore. My heart would begin thumping in my chest while sweat started to drip down my ribcage as I stepped to the coop. The hens usual chatter would grow louder and agitated as if announcing an intruder.

I was always scared they would peck me and so I gave up reaching between their velvety underbellies and only collected eggs from the empty, unguarded nests.

It felt too personally intrusive and I apologized to the hens before reaching underneath them to take their hard earned treasures.

I would lie when I came back inside with two blue eggs and one speckled brown one.

“This is it?” my mom would question.

“Yep,’ I’d tell my mom looking her straight in the eyes. “That’s all they laid.”

So where Henry came from, I do not know, but as I said, he was a mean MoFo. I felt bad for my gently clucking hens as he’d run up on them and dig his beak into their neck feathers and take what he wanted while the victimized hens would squawk in protest.

I’d seen plenty of animal sex on the farm; cows, horses, pigs, bunnies. Often the females would resist when first mounted, but soon they would give up or give in.

But with Henry, it was different.

When Henry had overpowered the hens, he moved onto bullying the feral cats and then conquered the dogs. Pretty soon Henry was the cockiest cock you ever did see and he would strut around the farm causing the alarm to sound among the terrorized animals.

One day I heard my little sister screaming bloody murder. I ran outside and found Henry’s talons digging into her scalp as he pecked at her head. She was only four of five and her loose curls bounced underneath his attack.

The fiery red rage that ignited inside of me was sudden and fierce. My eyes searching frantically, I spied a 2×4 lying off to the side for deck repairs. I picked it up and sprinted to my sister, screaming all the way, hoping to scare Henry off but that bird was fearless!

I came up short and stopped right in front of them. Having never played ball, and not trusting myself, I muttered a quick prayer around hitting the target and then I pulled the board back. Henry looked at me then; his beady black eyes indignant and evil. With an, “Ahhhhh!!!!” I swung that wood with as much force as I could muster and Henry went flying.

I must say that after watching Henry terrify and assault my poor, gentle hens who I couldn’t even take eggs guiltily away from, it felt just and good even to be able to connect my anger with his red and black and shimmery emerald green body.

My sister stopped screaming and I picked her up and hugged her before placing her safely on the deck.

And then he began to twitch.

Without a look in my direction, he got up and walked away, although with a slight limp and a lot less gangster.

When Dennis Decoit heard about Henry’s bad reputation, he did what needed to be done.

He made rooster stew.

And when I was offered a bowl of Henry, it sounded positively disgusting but I had a taste anyways. I wanted to make sure that one day when I told this story, I would get the last word AND the last laugh.

Julie is a MFT for serious and a fitness instructor for fun and recently thought it would be a good idea to become part of a blended family. She uses writing nightly as a way to grasp her sanity from the heavy stories and chaos of the day and look for the ordinary moments in the midst of a six person household where humor and silver lining moments abound.

3 thoughts on “The Rooster”