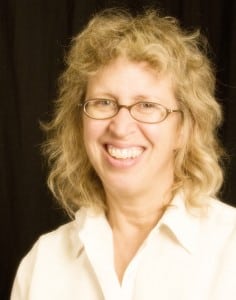 Wendy Ledger is a student in the Tuesday evening writing practice class. When I heard her read this piece in class, I immediately asked her if I could publish it because it demonstrates so clearly how much criticism can shut a writer down–and how encouragement can buoy that writers to continue studying her craft, and most importantly, writing.

When I was a graduate student in creative writing, I took a short story course, where several times a semester, we would submit our work. Everyone took these stories home, evaluated them, and gave feedback during a scheduled class critique. Today was the day my story would be reviewed.

I had written a story about a young woman who worked as a life study model in an art class. Her boyfriend’s father, a man she had never met before, attended the class, and then, when they were later introduced, took great pleasure in talking about that experience. In retrospect, it was an odd tale, but at the time, it meant the world to me.

I remember striding down the hall that day, thinking that I would sit in the classroom and compose myself before the critique. It was still early. There were few people in the hall of this dusty academic building. I walked in reverie, imagining my time in the classroom alone, sitting in silence, arranging my notebook and my pen in just the right way.

I began to turn the corner in the hall. I could see my classroom door open, inviting. The light was on. It beckoned to me.

A group of my classmates stood by the door, two men and one woman. They were holding my story in their hands, actively engaged in conversation. They spoke in loud voices, laughing. One pointed at some of the words on the pages. One read isolated sentences of my story out loud. They looked like jackals to me.

It was as if time slammed on its brakes and sped up. I wanted Harry Potter’s invisibility cloak. I wanted to be the biggest badass in the world and march up to them and yell in their faces, “How dare you! How dare you be so cruel! How dare you treat my work this way!”

I felt both panicked and resolute.  I righted myself away from the turn. I knew that I could not seek solace in my beloved classroom. I knew that I had to immediately talk to someone that I trusted.

The story came out quickly. I knew that if I paused for breath, I might break down completely. My teacher listened to me. She sat at her desk so calmly with her glasses perched solidly on her nose. She sat as if the earth hadn’t completely fallen off of its axis, as if a thunderstorm hadn’t just occurred in her room, as if there weren’t vultures ready to pounce if you made the wrong turn in this hellacious funhouse that they call higher learning.

She said, “Those boys won’t be in the class long. They’re out of their league.”

She said, “I was going to tell you that this is the best thing you’ve ever written. I was going to suggest that you submit it to magazines.”

The air felt very still. I felt her words provide balm to my soul.

She leaned forward and looked at me directly, taking an x-ray of my heart.

She said, “Do you know why they acted that way? Do you understand it?”

I had no words. I could no longer access language. I shook my head no.

She said, “Your character was vulnerable.”

She looked at me even closer. I felt she could read all the bones that made up my spine.

She said, “People don’t like it when other people are vulnerable.”

I thanked her. She smiled at me, and I floated out of her office. The hallway now seemed like a meadow. All the birds from childhood Disney movies sang to me as I walked back to the classroom that was really only minutes away. I felt completely warm from my head to my toes. No matter what they said, I knew I would be all right.

Wendy Ledger is a writer, editor, and transcriptionist who lives in Ben Lomond, California. You can find her at VoType.com.

13 thoughts on “Wendy Ledger: My Life as a Writer”