We had another fascinating tour of the Villa with Gigi’s husband, Rodolfo, the youngest of thirteen children of the Budini-Gattai family. Graseilah translated for him as he showed us private parts of the Villa that we hadn’t had access to before.

First, Rodolfo took us into a locked chapel, which he opened with a huge skeleton key. The chapel was built in the 14th century, part of a Carmelite monastery that flourished on the property in the 1500s. The partially restored chapel is still used occasionally to host weddings for close members of the Budini-Gattai family.

After our tour of the chapel, Rodolfo led us up a set of stone steps in the Villa above the outdoor area where we eat our luxurious three-course meals every night. He pulled out yet another key from his giant key ring to open the door. This part of the Villa, called the veranda, was built in the 1880s to celebrate the wedding of his grandfather. The furnishings and the paintings reflect that era.

During World War II, the family left the Villa to live in a safer region, so they were not home when the Nazis bulldozed down the front gate and commandeered the property to billet their soldiers. The Nazis shot a cannon ball through the front wall of the veranda where we now stood. After the War, the Nazis left the Villa filthy but basically intact; the main destruction was the bulldozed front gate and the giant hole in the front wall of the veranda. It remained that way as a reminder of war until Rodolfo’s father finally brought in a team of painters to restore the veranda to its original 1880s glory. Now, in the space where there was once ruin from a cannon ball is a simple painting of two butterflies—a symbol of love after destruction.

Rodolfo noted that it wasn’t just the Germans who commandeered properties owned by the Budini-Gattai family (as well as other properties throughout Italy and Europe). The family’s castle at the beach was taken over by the Americans, who built a platform there to dance on. Although the Americans didn’t damage the castle directly when they finally left at war’s end, they left the gates open, and the place was ransacked by locals.

Rodolfo said, “It was a terrible time for the whole family. There was a lot of fear.”

After the veranda, tour moved outside. Rodolfo walked us through their vibrant vegetable garden and past lush fields of cabernet grapes. Then he led us up a winding country road to see the houses on the estate where the estate’s farmworkers used to live. Some of these are empty now and one is rented.

As an American used to the temporariness of our jobs, residences, and lives in general, it was fascinating to walk the grounds of a place with so many generations of family history. And our guide, a member of this esteemed and powerful family, was gracious, generous, humble, and fascinating host. It was a delightful way to spend a couple of hours in the late afternoon. 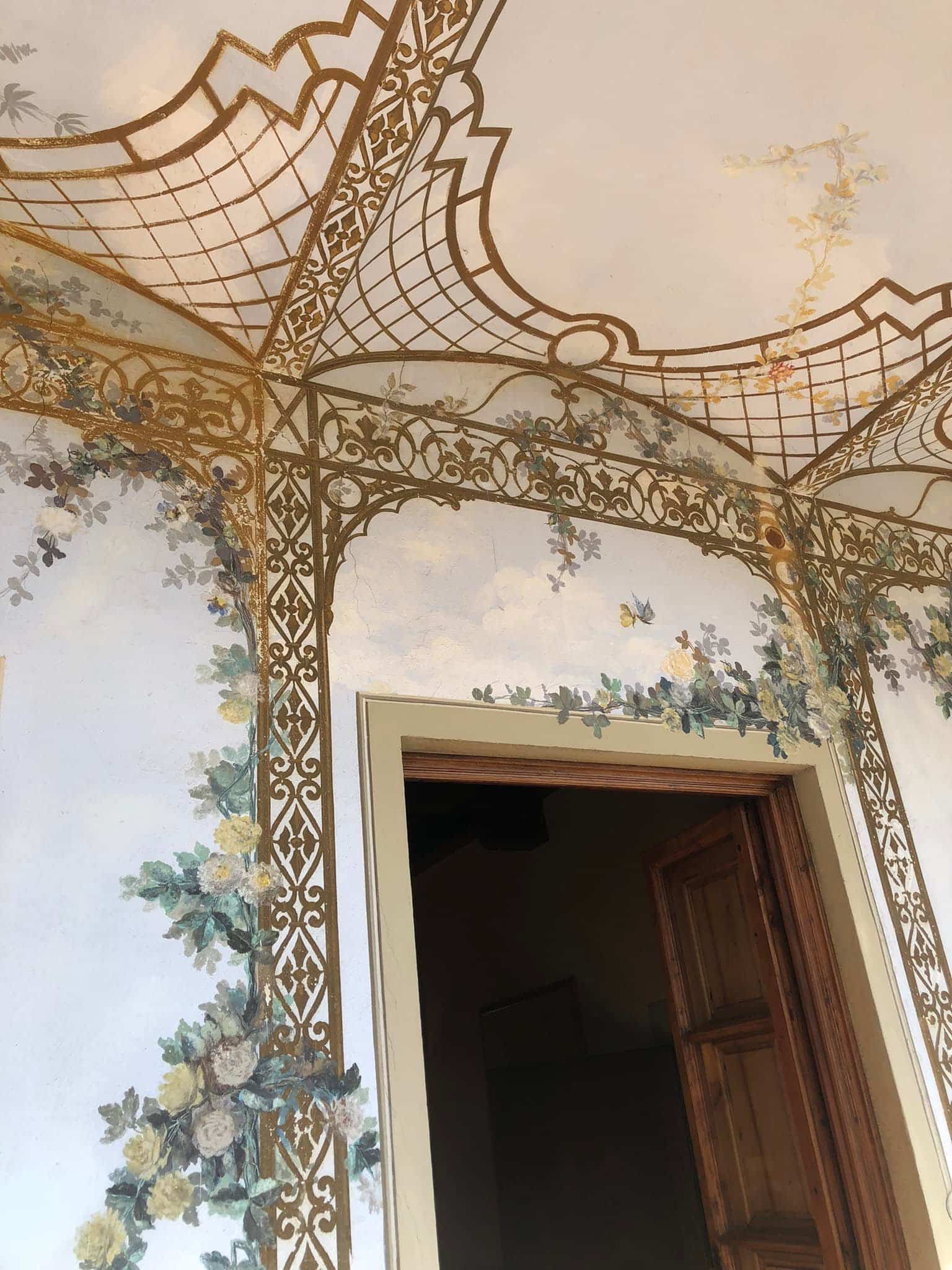 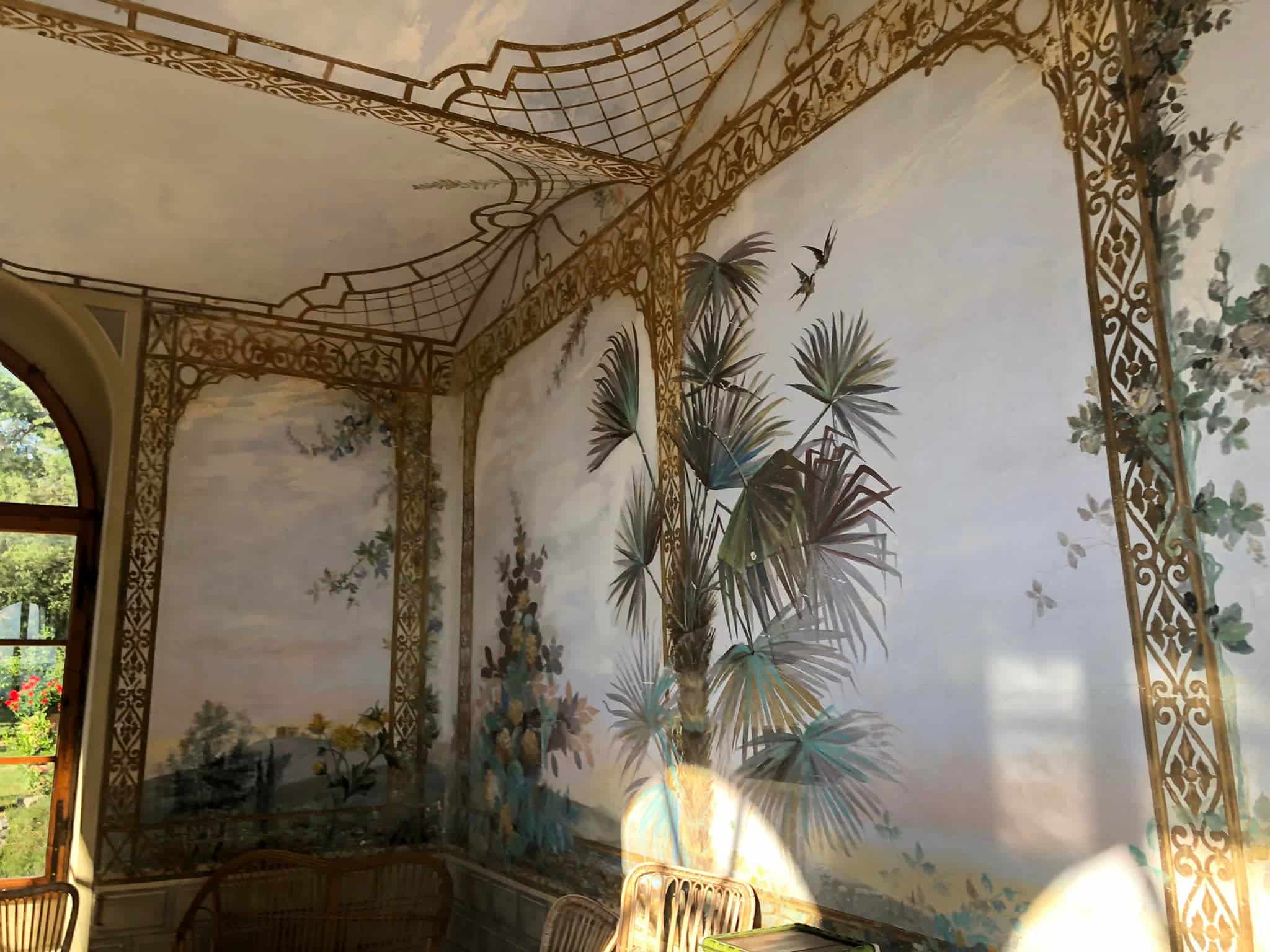 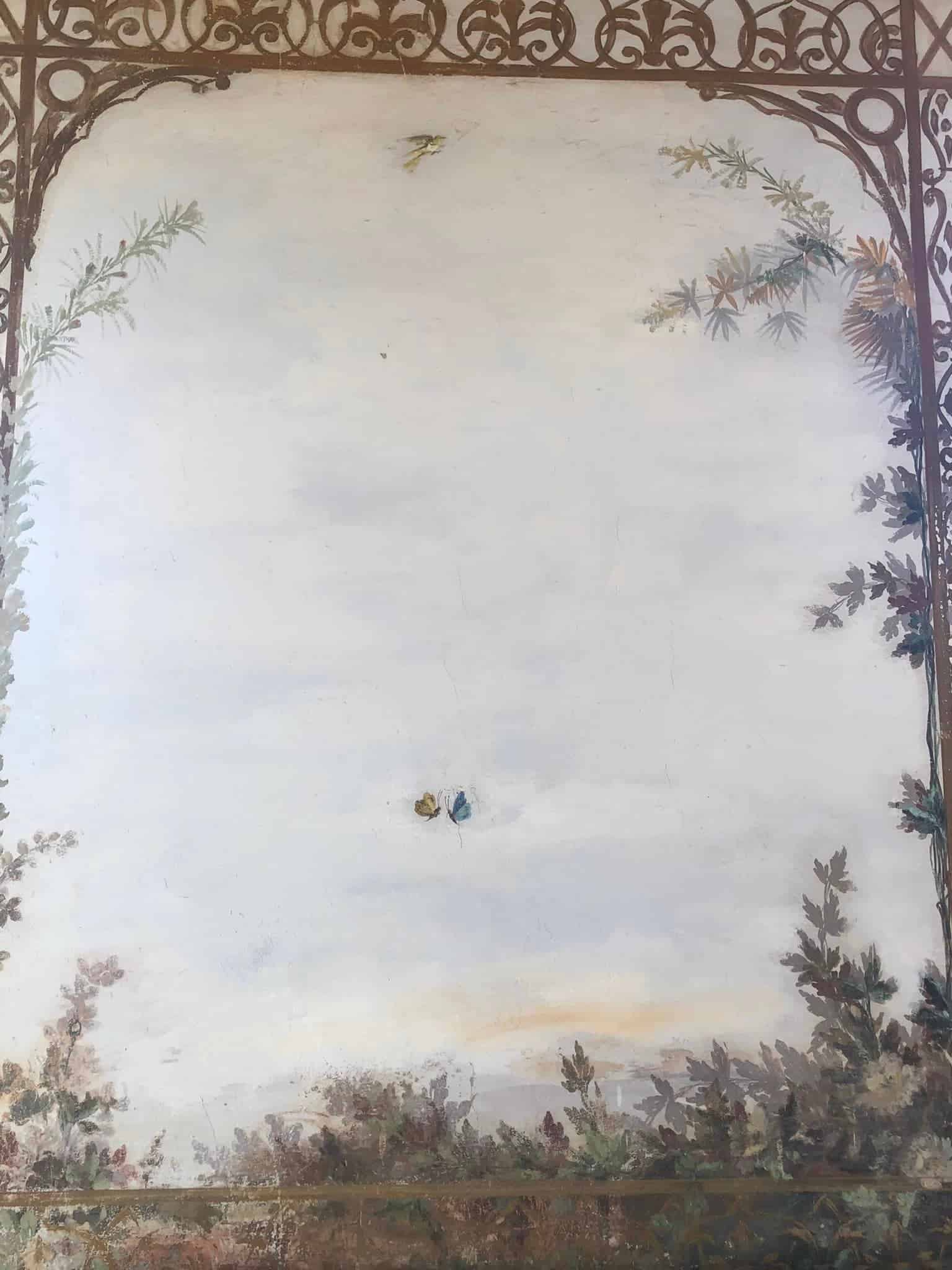 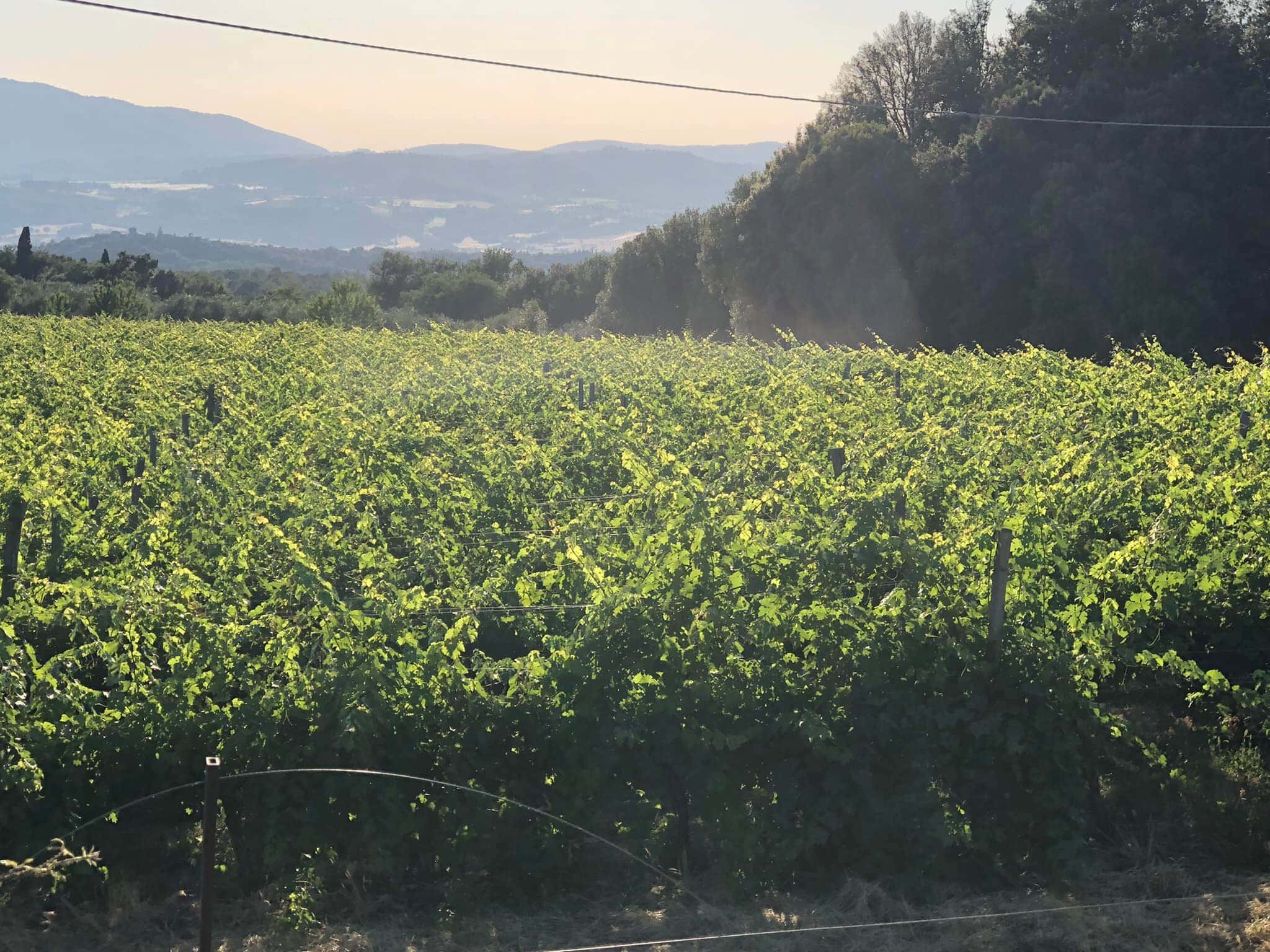 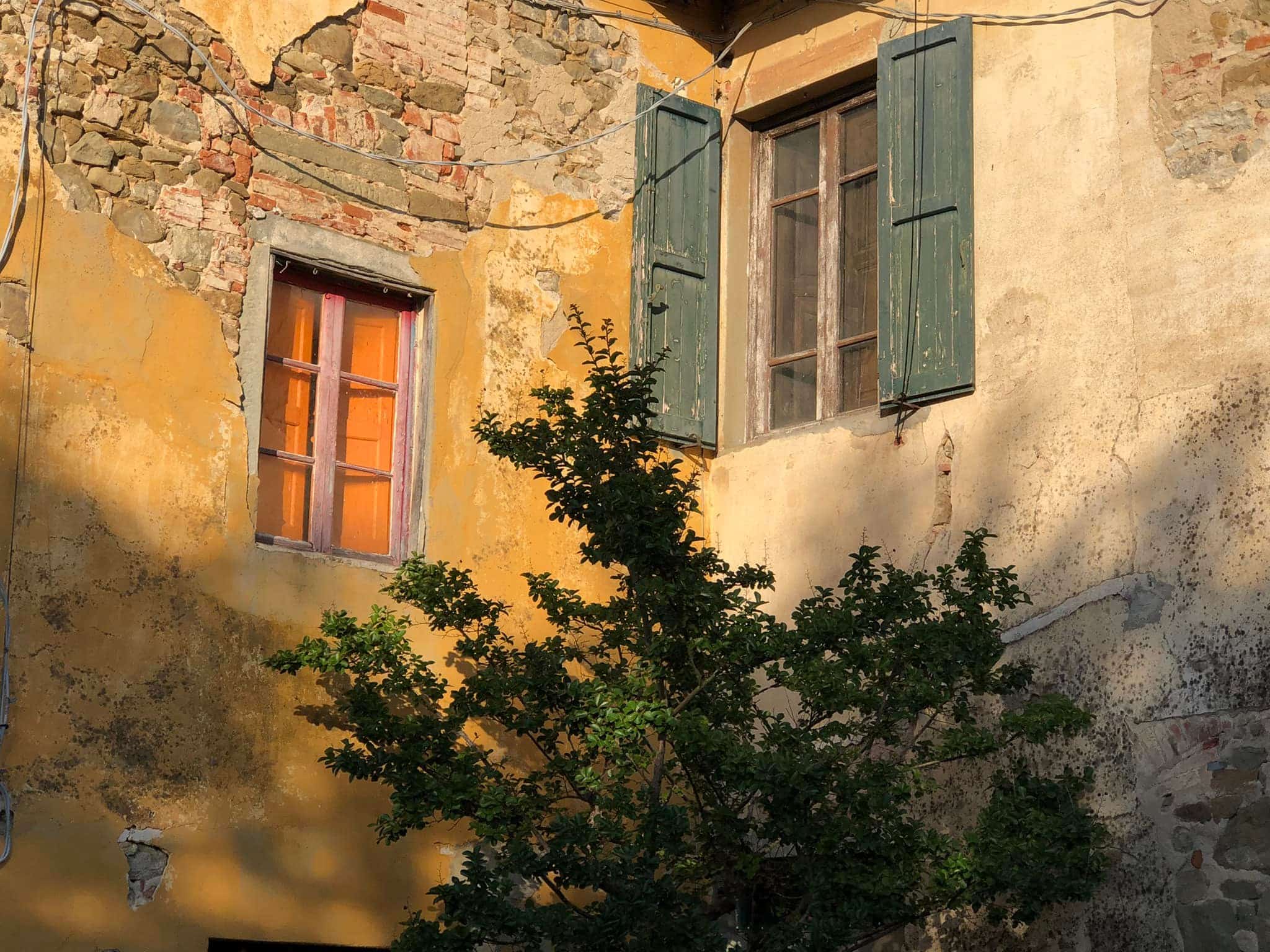 If you don’t want to wait for the email digest version of my virtual vacation posts, you can follow me directly on social media where you can also find short posts, videos and photographs from Tuscany: