Do you love book clubs? So do I!

I’d be happy to virtually visit your discussion group or book club. (Free!)

Via Zoom, I will join a group of 6 or more readers to talk about my memoir, The Burning Light of Two Stars.

Possible topics might include mother-daughter relationships, caregiving, end of life, the path to from estrangement to reconciliation, how our relationship to our core stories changes over time, how I wrote this book, what it’s like to go from working with a mainstream publisher to a hybrid press. Plus, I’m happy to answer any of your questions! 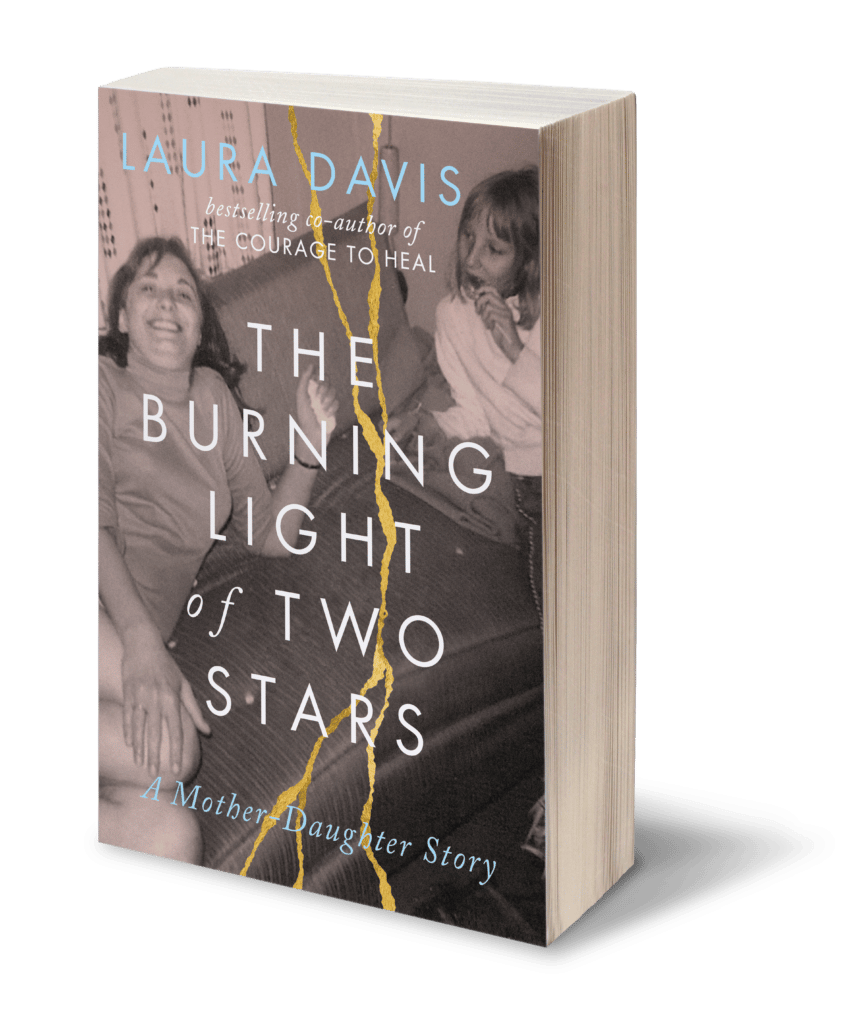 Read through my Book Club Visit Guide and then book a session with me through my assistant Jen Petras here.

“Having Laura with us at our book club, via Zoom, brought more context and texture to the book. I loved reading the book so it was an added treat to be able to ask Laura questions and hear her more stories, such as the process of naming the book. I found Laura to be open, honest, thoughtful and very emotionally open. Such a refreshing and restorative experience during this tumultuous time. Thank you, Laura.”

“Thanks to Laura for sharing parts of the journey in writing The Burning Light of Two Stars. I appreciated the relaxed responses to our book club participants' questions. Laura filled in the blanks of the story. It was a pleasure to have her on Zoom.”

“It was exciting for me to meet and talk with a professional writer and writing teacher. You added a wonderful dimension to our book group meeting . I enjoyed your book and learning about your life and that of your Mom. I was so happy to see that you have made peace with your family and your own internal struggles. Continue your good work helping others in the so many ways that you do with your books and writing talent.”

“I enjoyed how thoroughly Laura Davis worked through her alienation and resentment towards her mother and was able to get to a place where she could appreciate her mother’s strengths and gifts. She very honestly describes her struggle and is comfortably able to hold the dichotomy of her feelings and experiences with her mother. The arc of her healing is inspirational.”

“I loved the story. The way Laura wrote about her relationship had so much truth and reality. So many of us have challenges in relationships with those we love the most. Zooming with Laura with our book club was a wonderful way to get just a little more of that essence. Thank you Laura.”

“After reading your amazing book, I was so happy to meet you on Zoom at our book club. Being able to ask questions and hear more about your book and your life was so special. Thank you for sharing more of yourself with our book club. Keep writing and telling stories!”

Want Laura to meet with your book club, speak at your conference, visit your university, or appear on your podcast?

Submit a request below and Laura’s assistant Jen will be in touch with further questions or details. We can’t guarantee a “Yes!” until after we’ve checked Laura’s calendar, publicity flow, and income-generating commitments, but we’re so grateful for your interest.

Are you already discussing The Burning Light of Two Stars in your book club?

That’s great. You don’t have to invite me. But here are Seven Gifts for Readers that will enhance the experience for the readers in your group.

1. Photos of the main characters who populate the pages of The Burning Light of Two Stars, including original images from the day Temme was crowned Campus Queen.

2. Several chapters of The Burning Light of Two Stars delve into the making of Laura’s first book about reconciliation, I Thought We’d Never Speak Again: The Road from Estrangement to Reconciliation, published in 2002. That book, which includes a wide range of estrangement and reconciliation stories, include the first published mentions of Laura and Temme’s tumultuous story. Those mentions provided the germinating seeds for The Burning Light of Two Stars.

When I Thought We’d Never Speak Again was about to be released, Laura and her mother took part in a professional mother-daughter photo shoot to help promote the book. Laura has created a slideshow of these never-before-seen mother-daughter images, taken twenty years ago, a decade before most the core events in The Burning Light of Two Stars take place. These images represent “the story before the story,” a visual prequel to the relationship at the core of Laura’s memoir.

3. Special access to a videotape of Temme’s brilliant performance in The Vagina Monologues, as described in chapter 32.

4. A wide-ranging historical audio interview Laura recorded with Temme in the StoryCorps van in Salinas, California, in March 2009. Many readers have asked to learn more about Temme’s background. This interview, filled with great stories about her early life, provides an engaging and moving account of her history in her own rich, melodious voice. 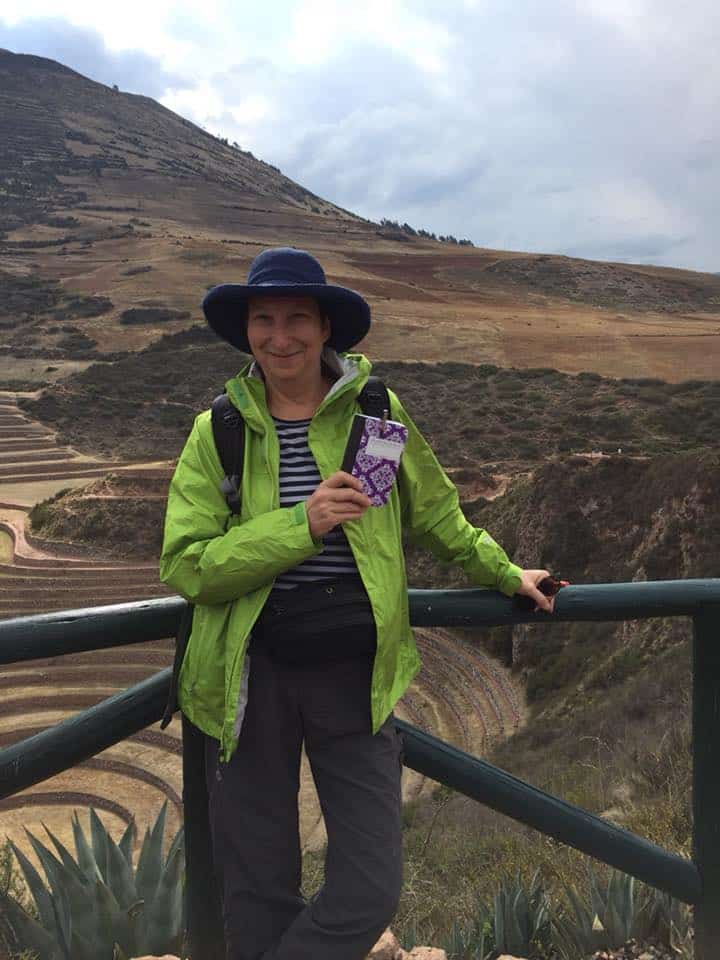 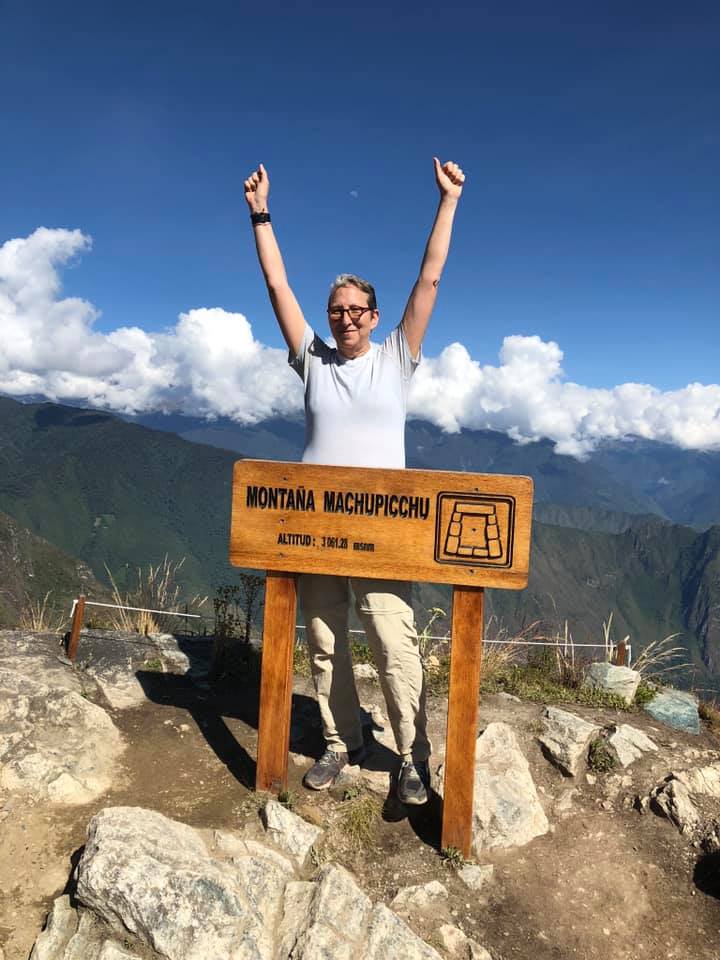 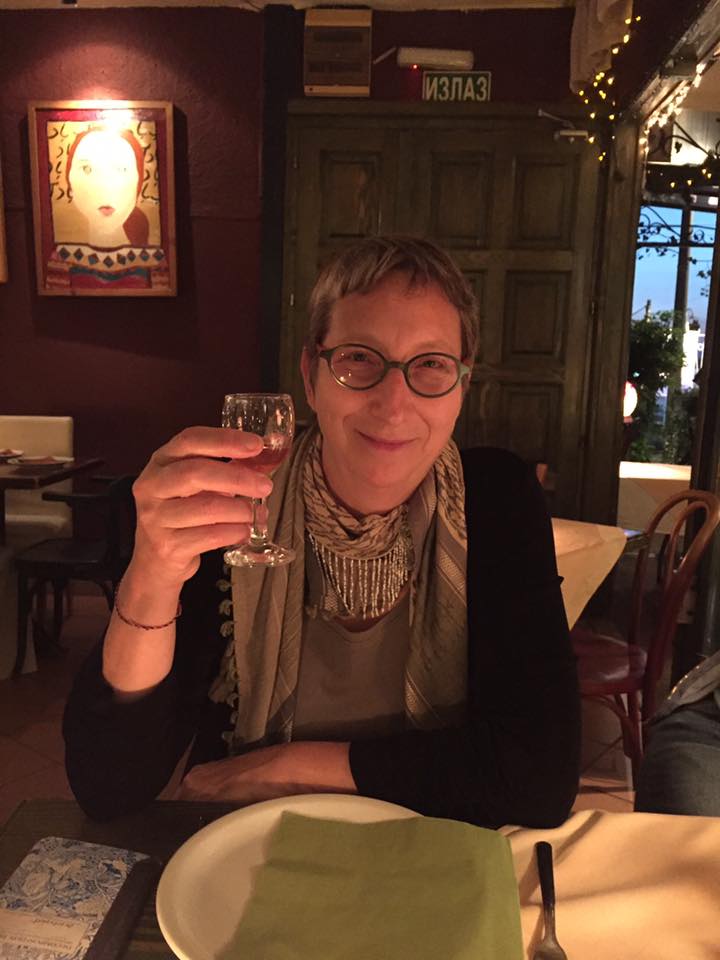 5. A downloadable PDF featuring several dramatic scenes from The Burning Light of Two Stars that ended up on the cutting room floor. It was painful for Laura to cut these scenes out of the book, especially the one in which she drops acid with her father, but the book was too long, and some scenes just had to go. But if you’d still like a chance to find out more about Laura’s relationship with her free-wheeling hippie dad, this is your chance.

6. A free downloadable eBook that Laura created to help people meet life’s toughest challenges: Writing Toward Courage: A Thirty-Day Practice. You don’t have to consider yourself a writer to benefit from the inspiring quotes and provocative questions that fill this book.

7. As a final gift, you’ll start receiving weekly writing prompts in your inbox. These evocative quotes and probing questions, thoughtfully curated by Laura, are invaluable and thought-provoking to writers and non-writers alike.

Yes, I want these Seven Great Gifts for Readers!

Thanks for subscribing! Please check your email for further instructions.

Something went wrong. Please check your entries and try again.

I understand that I’ll be subscribed to Laura’s mailing list and that I can unsubscribe at any time.

Have you finished reading The Burning Light of Two Stars?

I invite you to take a few minutes to leave a short, honest review with your favorite retailer.
Reviews make a huge difference to authors! Thank you!

You can post reviews at any or all of the sites below. You don’t need to have bought the book at a particular retailer to post a review on their website, and it’s okay to cut and paste the same review in multiple places. Just a few sentences is plenty—books get recommended to readers based on the number of reviews. It’s the number of reviews that matters, not their length.

DISCUSSION QUESTIONS FOR THE BURNING LIGHT OF TWO STARS

1. Laura chooses to open her memoir with an account of her birth. She introduces the character of Vicki, her dead twin sister. Why do you think she made this choice? What significance does Vicki’s presence—and absence—have in Laura’s life?

2. In chapter 2, Laura shows ambivalence toward her mother’s announcement that she’s moving to California. At that point in the story, did you think her hesitation was justified? At what point did you realize just how fraught their relationship was?

4. What function do the letters between mother and daughter play in the story? Why were Laura and her mother able to express things in letters that they couldn’t communicate in person? Have you ever expressed different parts of yourself through different modes of communication?

5. In her letter “After Mom’s Death: Memory” Laura says her “head is spinning” because the correspondence with her mother contradicts her own beliefs about the past. How do you think you’d respond if you made the same discovery? Have you ever found something in your family’s archives that disrupted your perspective on the past?

6. Laura says, “A truth teller can only tell as much of the truth as she can face at a given time.” What do you think this means? What application does it have in your own life?

8. In the dinner-party scene, Laura describes being gaslighted by her mother—being told that what she felt and perceived weren’t real. Has this ever happened to you? How did it impact your life and your self-confidence?

9. In chapter 23, Temme shrugs off Laura’s attempt to hug her because she believes Laura is “faking it.” What is the role of touch in the evolution of their relationship?

11. When Laura describes her reconciliation with her mother, she says they were able to make peace, in part, because they “agreed to disagree.” What is the difference between “agreeing to disagree” and caving in?

12. Laura quotes the author Debra Fruchey, who says, “Every time I look in the rearview mirror, the past has changed.” How has this been true in your life?

13. Geography plays a crucial role in the estrangement and eventual healing between Laura and her mother. How did geographical proximity and distance impact their relationship? Do you agree with Temme’s statement “We’ll never reconcile if we only see each other once a year”? In your relationships with others, what role has geography played?

14. Laura says, “I’d always assumed that reconciliation required a big come-to-Jesus conversation about everything that had happened in the past. But for us, reweaving our relationship was about the little things.” Do you think that healing a major rift requires that everything be put on the table? Or are there indirect ways to heal an estranged relationship?

15. Laura knows her mother isn’t a safe driver, but it takes her a long time to intervene. What gets in her way? Have you ever been in the position of having to limit the freedom and independence of a parent? How did you handle that responsibility?

16. After Laura confronts her mother regarding her racist comments about Jews being superior, Laura still finds a way to end up on Temme’s side. What does this scene show about Laura’s growth as a daughter?

17. Laura expresses mixed emotions about her choice to take her mother to get tested for Alzheimer’s disease. Do you think Laura’s guilt was justified? Was it necessary for Temme to get tested? Why or why not?

18. During their confrontation on West Cliff, what drives Laura to lose control? Are her actions understandable? When Laura says, “The woman who’d screamed at Mom had been waiting a lifetime to come out,” what does she mean? Have you ever “lost it” as a parent or a caregiver?

19. Laura describes the way Temme’s final doctor streamlined her medical care and reduced her medications. She also describes the alternative—multiple doctors for every part of the body and repetitive trips to the hospital. What do you believe are the best health-care choices for elderly patients?

20. Laura describes her mother as courageous. What evidence do you see of this over the course of the story? What did you admire most about Temme?

21. Which events during the trip to Florida demonstrate Laura’s growth in her quest to love her mother? Have you ever had a similar breakthrough in a caregiving relationship?

22. When her mother is about to be kicked out of rehab and Laura has to find the next place for her to live, Laura asks, “What makes a meaningful life?” As caregiver or next of kin, how would you answer that question?

23. In the final scene in the book, Laura and her brother participate in a forgiveness practice. Can you imagine anyone in your life you’d like to do a “forgiveness practice” with? What would you say to them? What do you wish they’d say to you?

24. What are your three biggest takeaways from reading The Burning Light of Two Stars?

These questions also appear in the back of The Burning Light of Two Stars: A Mother-Daughter Story and can be downloaded in PDF format by clicking the button below.