When we started this retreat, I asked everyone to take a risk today and last night at dinner, I watched Michelle, who was sitting beside me take her risk. She picked up this strange-looking unfamiliar fruit, cut it open and scooped some of it out to taste it. It looked kind of like a lemon, but it had a hard yellow skin and a greyish-green goo inside with black seeds suspended in it. She put it on a spoon and tentatively approached her mouth. We egged her on while I took pictures.

Someone said it was passion fruit. Brenda, sitting beside me, said it wasn’t passion fruit, that the Spanish name for it was something like genadilla, but she didn’t know the name in English. Michelle tasted it. “Well?” I asked.

We all cracked up.

I looked over at the next table and there was Kendra, eating the same kind of fruit with complete confidence, spoonful after spoonful, scraping the skin clean. She looked like someone enjoying a delicacy. I brought her into the conversation. “What is it, Kendra?”

“It’s grenadaria,” she said. “They make grenadine from it. People eat it over vanilla ice cream. It’s used to sweeten alcoholic drinks. It’s all over South Africa. It grows there like a weed. It even grows in Santa Cruz. Ours are dark and purple and they aren’t very sweet.” She paused. “It’s passionfruit.”

“No, it’s not passionfruit,” Brenda countered.

What do you think it is? 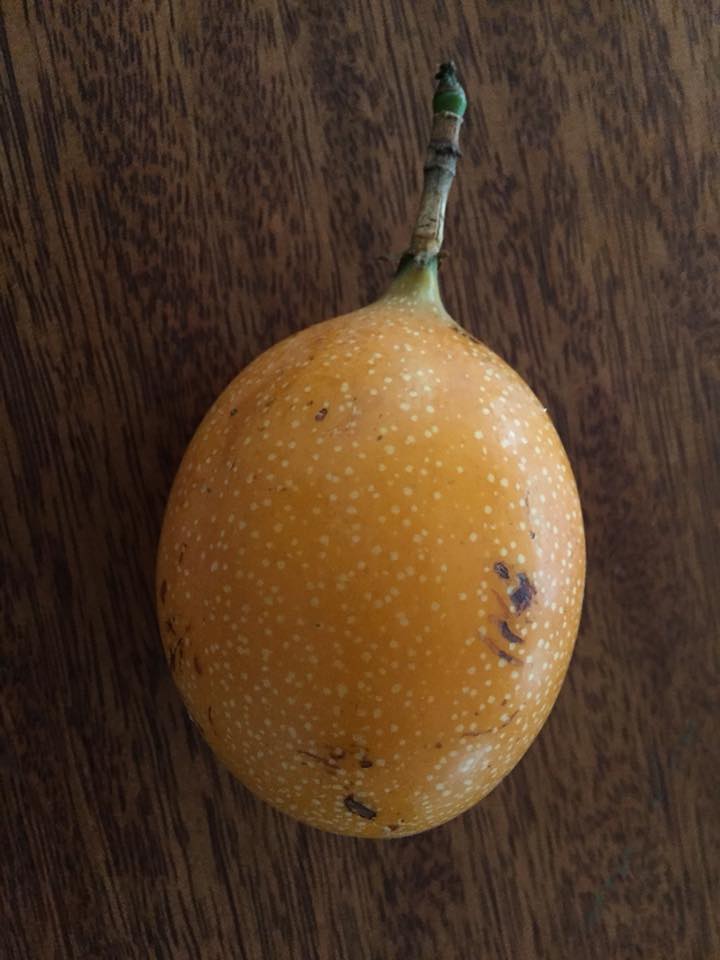 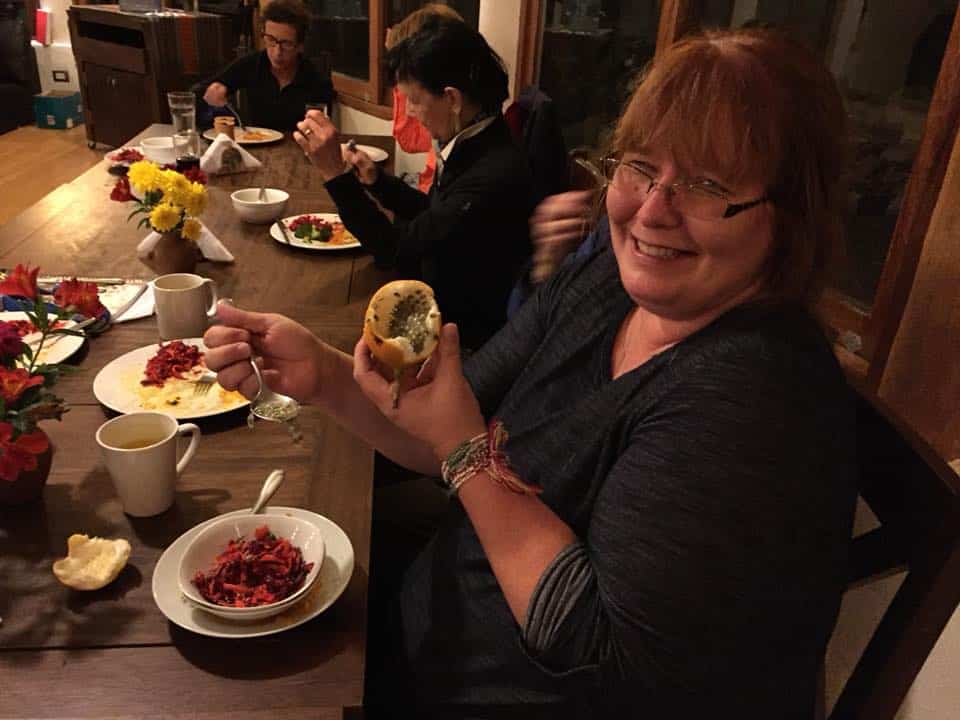 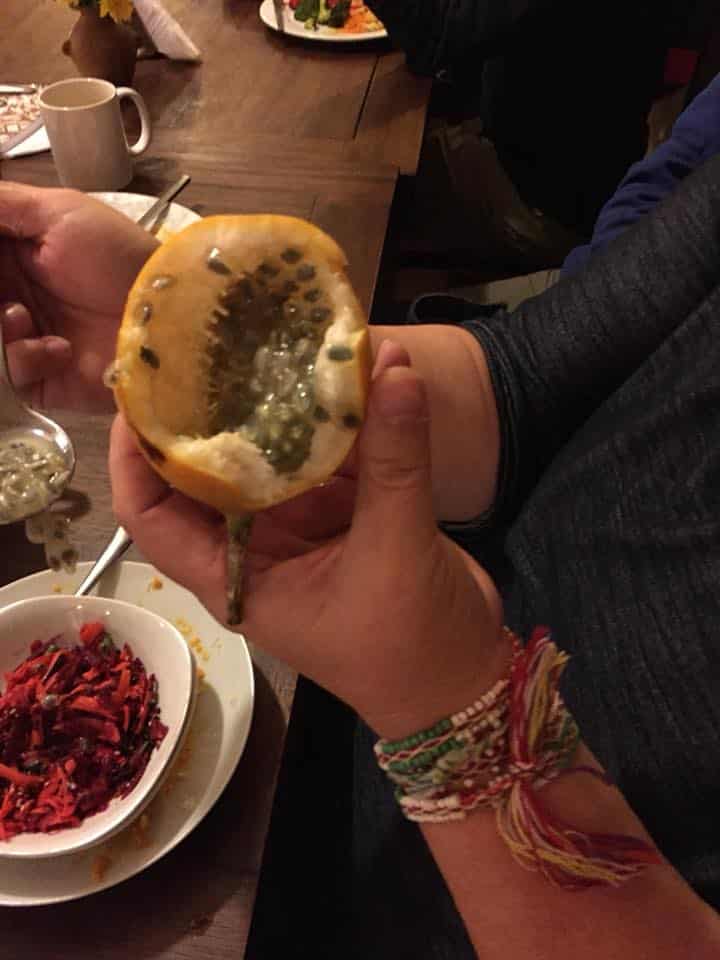 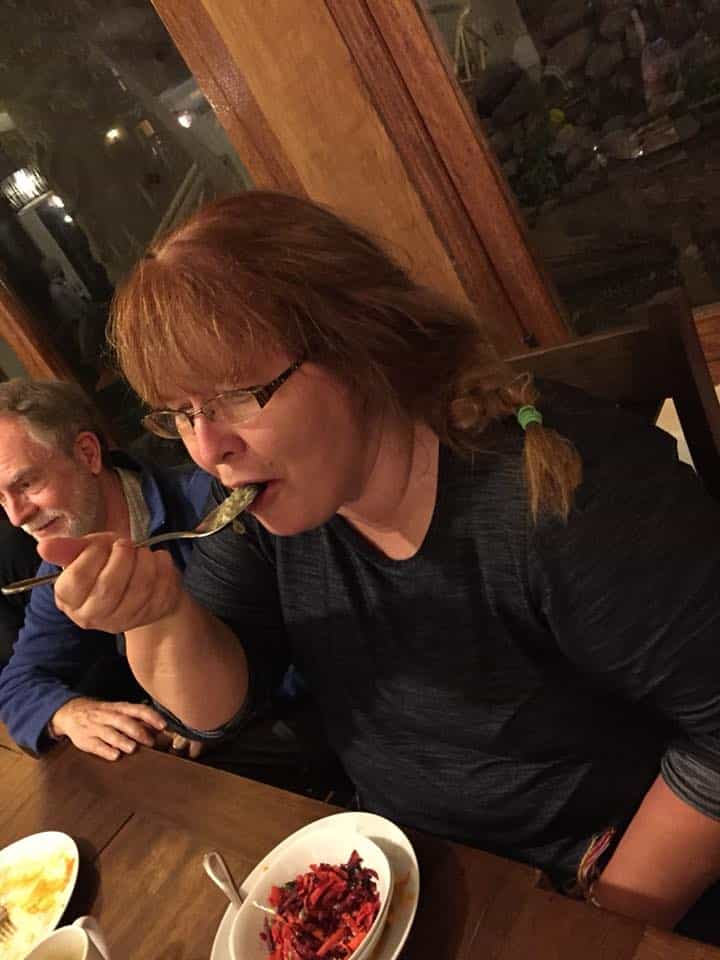 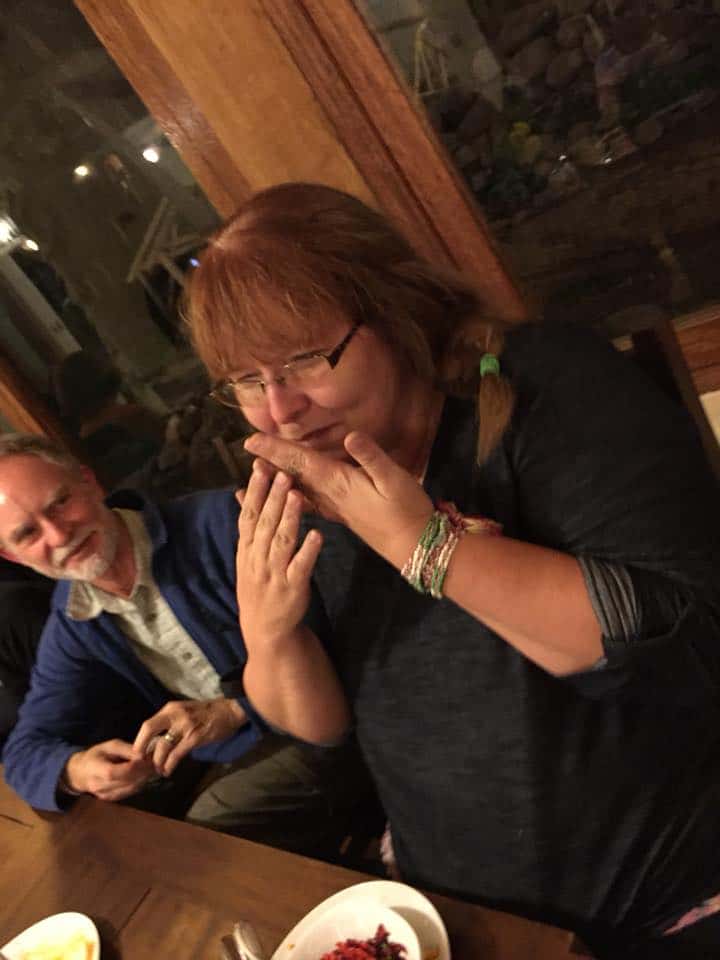 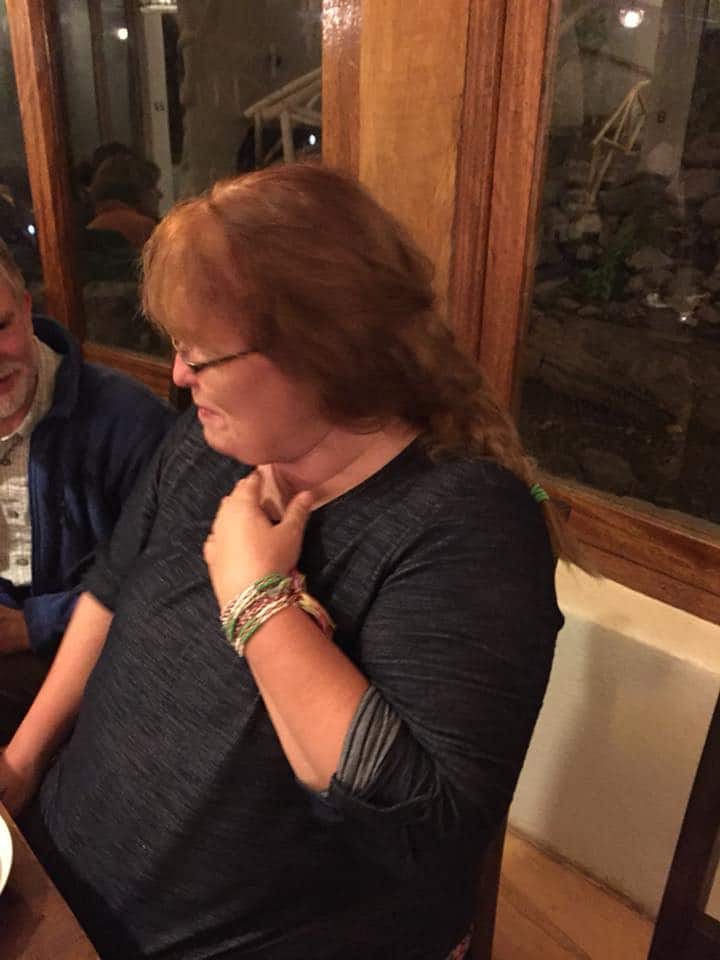 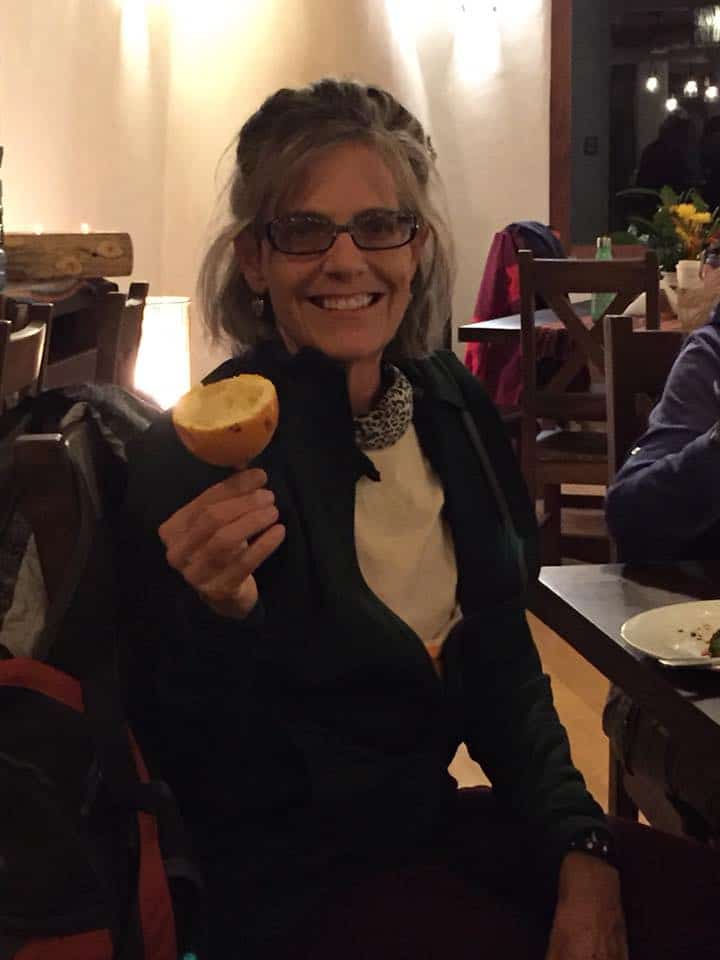 Kendra is all smiles upon finishing hers. 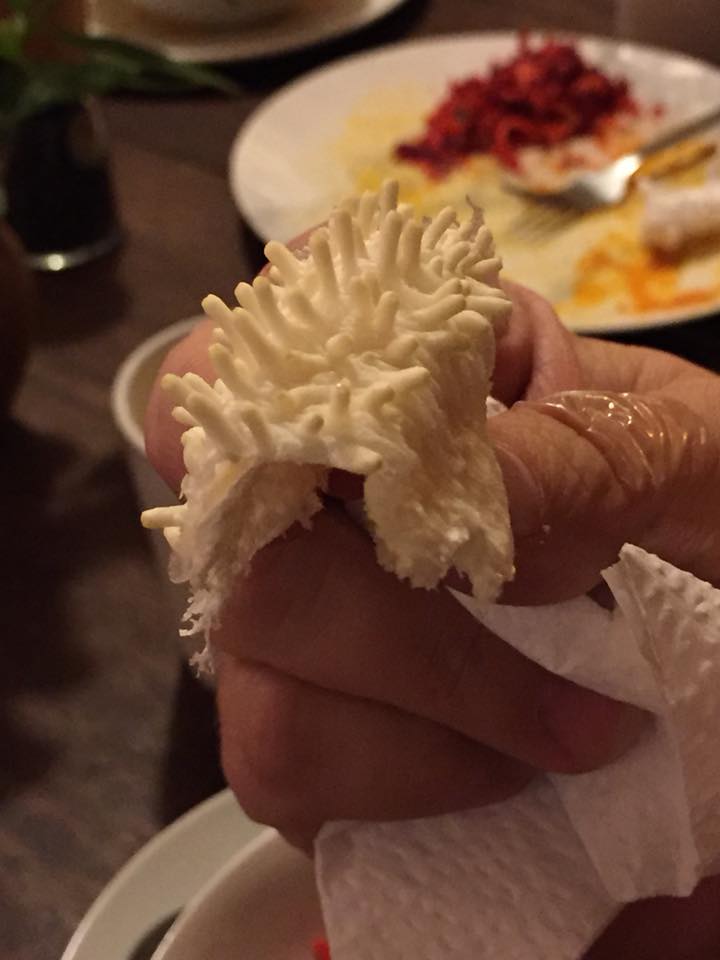 This is what Michelle found when she peeled off the interior of the skin.

Coronavirus & the Pandemic Response A Room, a Bar and a Classroom: How the Coronavirus is ... END_OF_DOCUMENT_TOKEN_TO_BE_REPLACED