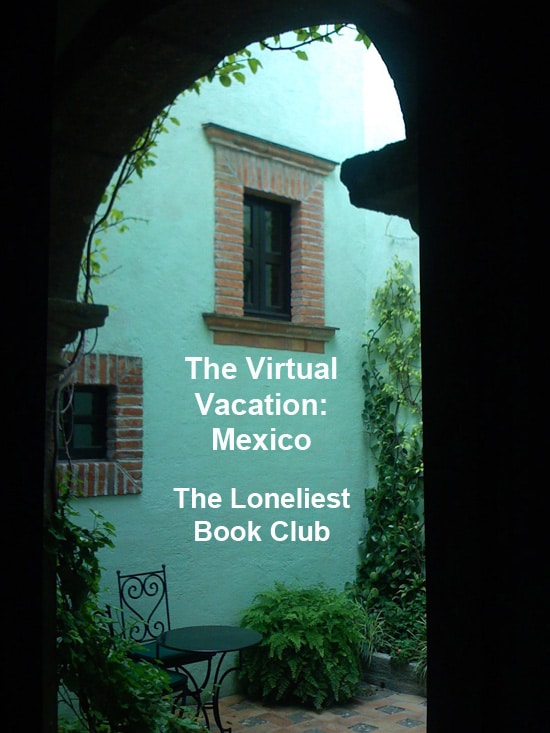 Since the San Miguel Writer’s Conference is a tri-cultural festival, the conference features evening keynotes from authors from the US, Mexico and Canada. This year’s Canadian author was Yann Martel, best known for his bestselling novel, The Life of Pi.

The conference brochure described Yann’s talk as follows: “At a time when the arts are increasingly marginalized, reduced to being mere entertainment, Yann Martel will speak about how the act of creating art and the act of receiving it are fundamental to human understanding and happiness.”

My favorite part of his presentation was his vivid, wry description of the guerilla book club he founded—a unique book club with a membership of two. 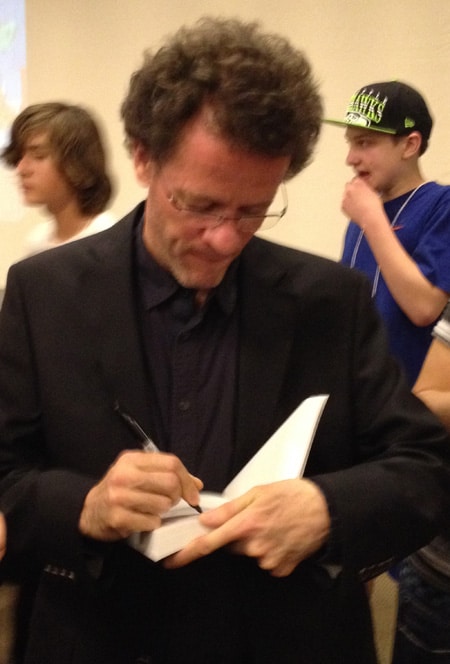 Yann founded his one-of-a-kind book club shortly after he was invited to the 50th anniversary celebration of the Canada Council for the Arts, held in late 2007. The celebration was held in the House of Commons and the participants included choreographers, actors, poets, hip-hop dancers and many other artists. While Yann loved meeting the other artists in attendance, he was completely underwhelmed by the brevity of the ceremony. This celebration of fifty years of Canadian culture lasted less than five minutes.

In the introduction to his book, What Is Stephen Harper Reading? Yann explains the moment when the idea for his book club took root: “From the shadows into which we had been cast, I focused on one man. The Prime Minister did not speak during our brief tribute. He didn’t even look up. By all appearances, he didn’t even know we were there. Who is this man? What makes him tick? I asked myself. No doubt he’s busy. Being Prime Minister of Canada probably fills his entire, conscious consideration. But Stephen Harper must have pockets of solitude and idleness during which he contemplates life…In other words, he must have moments of stillness. And since I deal in books, reading and writing them, and since books and stillness go well together, I decided, by means of good books, to make suggestions that would inspire stillness in Stephen Harper.”

“The reason most people give for not reading,” Yann told us, “is ’I’m too busy.’” So Yann decided that in his one-man guerilla book club that he’d only send Stephen Harper short books, all under 200 pages.

“It came to my attention that the prime minister did not read. In a campaign debate, Stephen Harper was asked about his favorite book. And he answered, ‘The Guinness Book of World Records.’ That’s what you’d expect of an 11-year-old. But when you’re leader of my country, I have certain expectations. I expect that such an extraordinary citizen should have a literary culture. I started the book club to defend the imaginative word.”

Over the next four years, Yann sent Harper 100 books, one every two weeks. Yann read (or reread) the book himself and then composed a letter explaining the significance of the book and its value. The books Yann chose to send out on those alternate Mondays were of every genre—from Harlequin novels to plays to literary fiction to poetry to graphic novels. He chose authors famous and obscure, books from all over the world. “I cast my net widely,” Yann told us, “I didn’t want to be called elitist.”

Here’s just a sampling of the books Yann chose for his guerilla book club:

When he first began, Yann didn’t expect the book club to last—or for it to spark a literacy movement. “When I started this guerilla book club I didn’t think it would last so long. I couldn’t imagine that Steven Harper would last as long as he did, I sent them thinking his mandate as prime minister would end soon. But he endured. And foolishly, because he never answered me, what could I do but continue?”

Yann read us several of the letters he had composed. They were instructive, wry and sometimes sardonic. “My letters were always polite, but I never got a single reply. Bizarrely, I got a letter from President Obama. Out of the blue in my little town of Saskatoon, Saskatchewan, President Obama wrote telling me how much he and his daughter Malia had enjoyed reading Life of Pi. But nothing from my own head of state.”

Yann’s one-man campaign and letters were widely publicized throughout Canada on a website called, “What is Stephen Harper Reading?” Ultimately, the letters were compiled and published in two different collections.

“The last book I sent him in the 100 was far more than 200 pages. It was In Search of Time Past by Proust. In my letter, I wrote, ‘Neither of us have read this book. Let’s make a promise that we’ll both read it before we die.’”

After his formal campaign was over, ultimately did send Harper one last book. It was, What is Stephen Harper Reading? Yann Martel’s Recommended Reading for a Prime Minister. With the book, he included the note, “Hopefully, this is at least one book that you’ve read.”

He never got a reply.

PS: Here is a video interview with Yann Martel about this book club.

Coronavirus & the Pandemic Response A Room, a Bar and a Classroom: How the Coronavirus is ... END_OF_DOCUMENT_TOKEN_TO_BE_REPLACED