When I walked into the dining room after an early morning sauna at the hotel’s opulent spa, the huge restaurant was mostly empty. There was one table in use by four members of our group, but since it was already full, I sat down at a new table nearby. I set down my things and went to explore the breakfast buffet. As at my previous hotel, breakfast was plentiful, rich with foods both familiar and unfamiliar. Although the multitude of pastries were tempting, I was more delighted to find oatmeal, laden with goodies—pumpkin seeds, raisins and what looked like cut-up dried cherries. I added a handful or walnuts and a couple of prunes, what’s known in the workshop business as “the retreat attendees best friend.” I’ve never been to a retreat center anywhere in the world that didn’t feature prunes on the breakfast table. A waiter offered me fresh orange juice and I made myself a small pot of earl grey tea, picked up a tiny individual glass jar of honey and some milk. I was set. 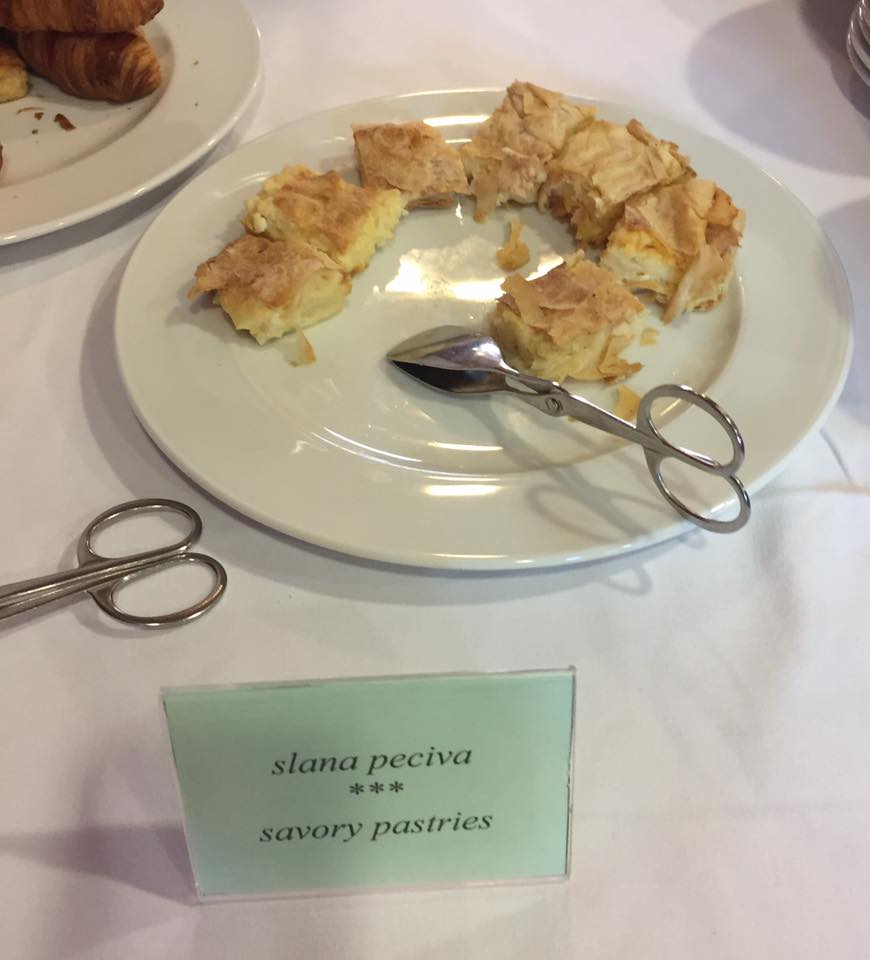 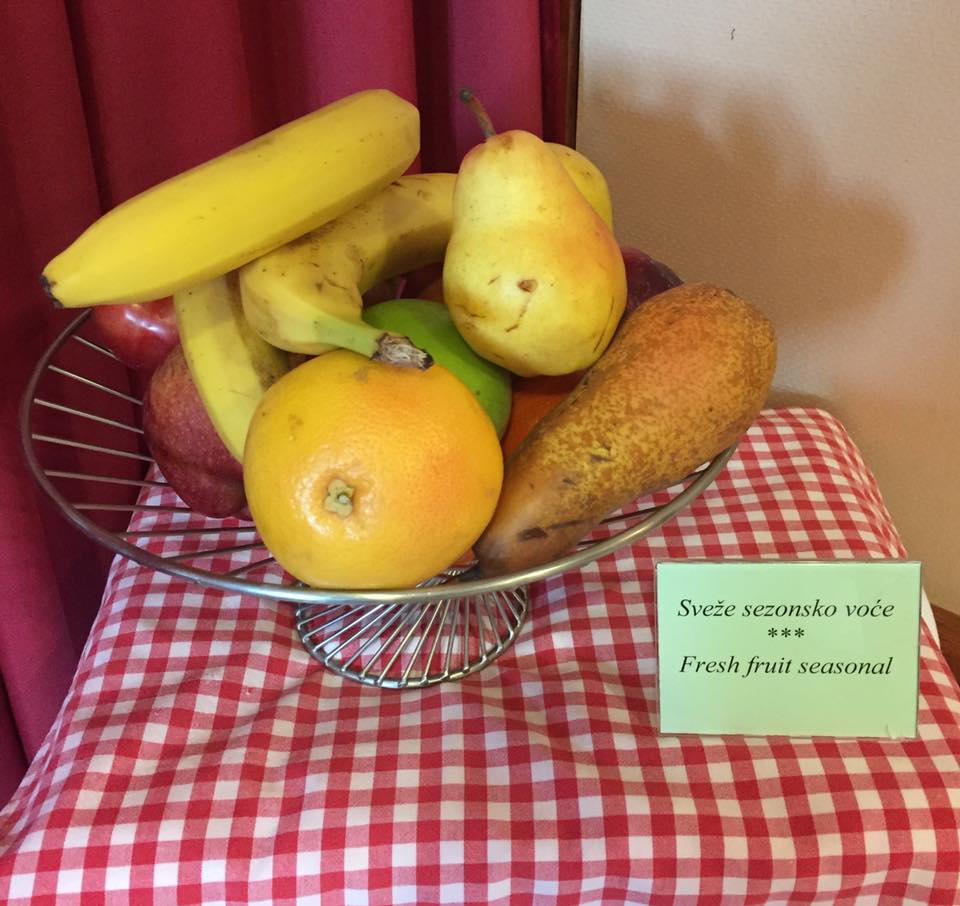 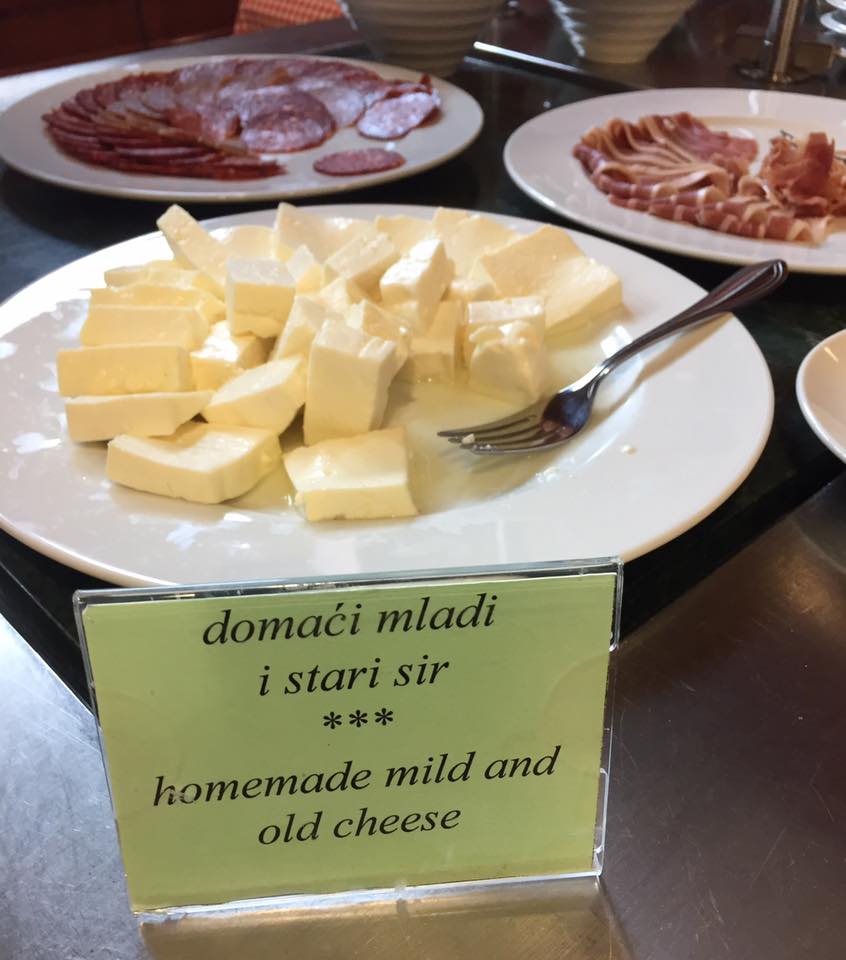 This seems to be a staple. 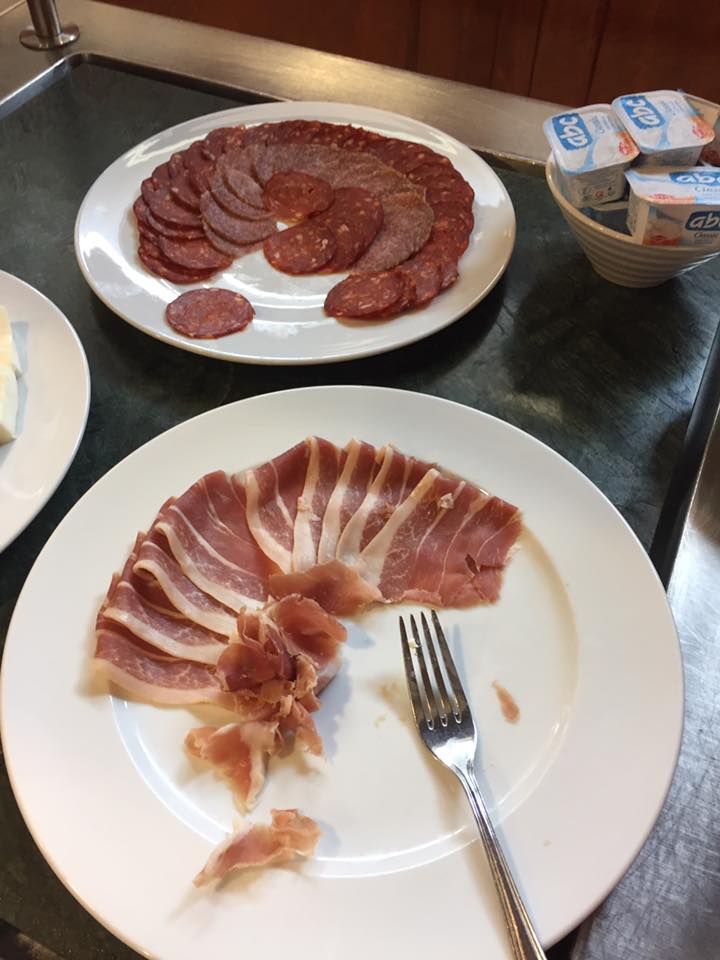 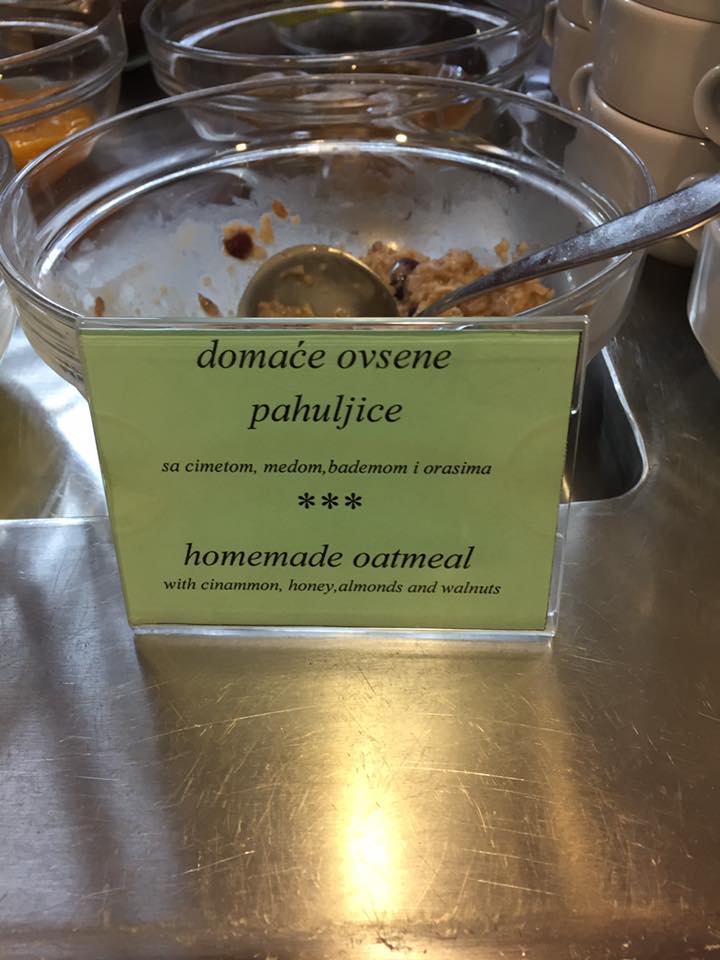 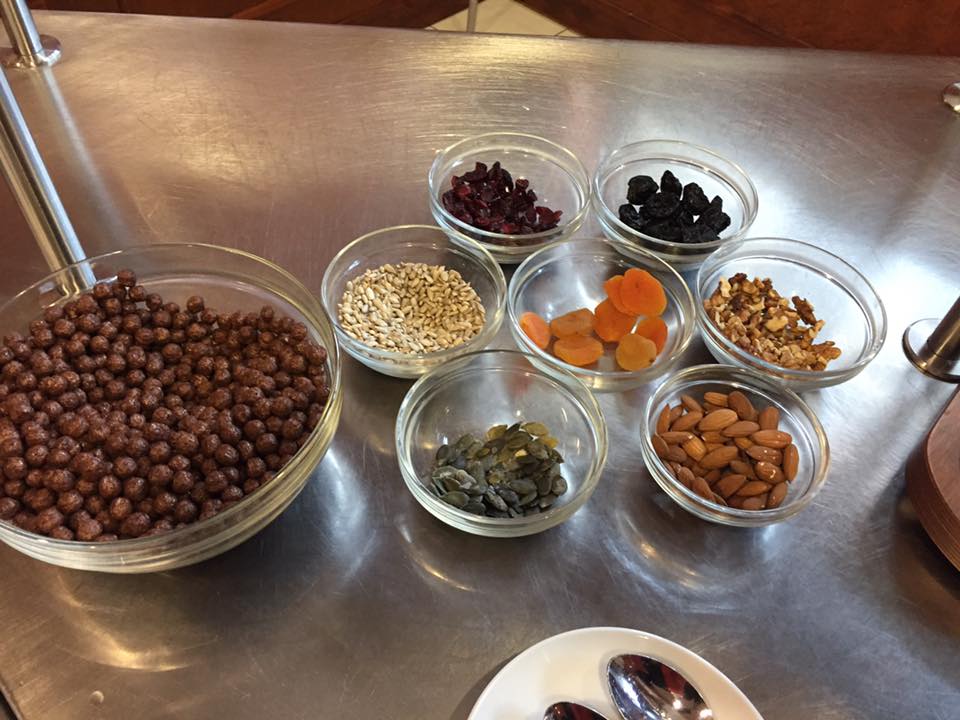 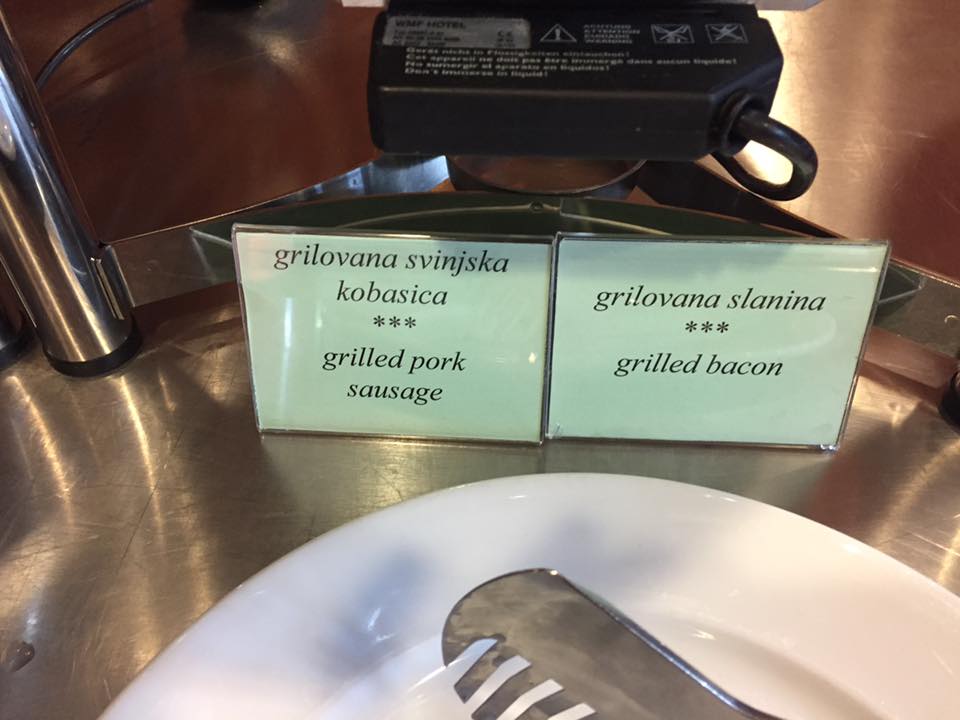 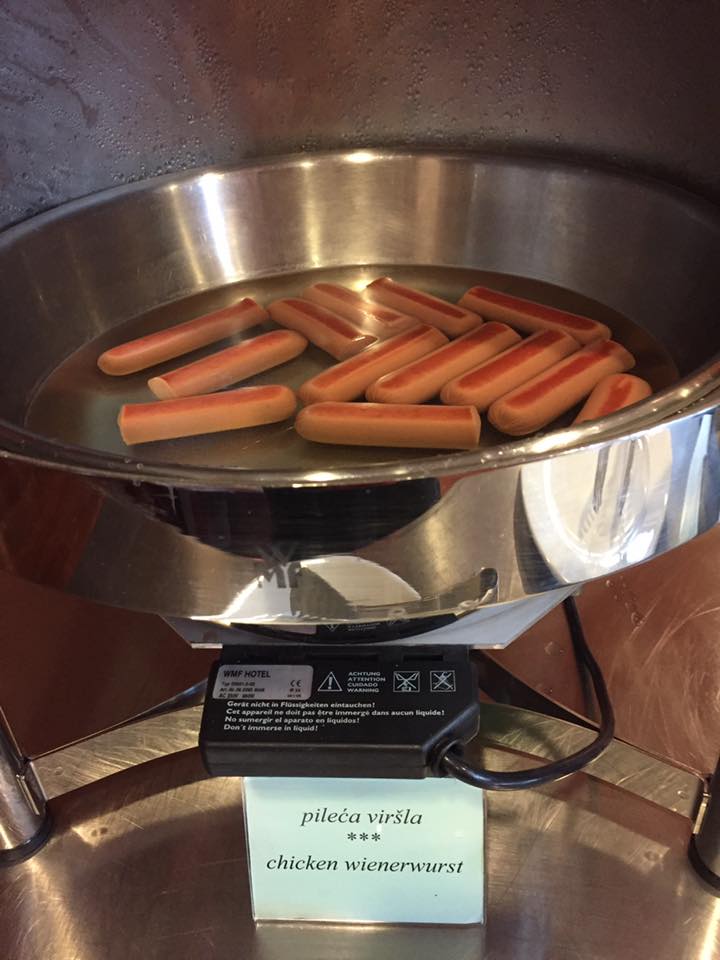 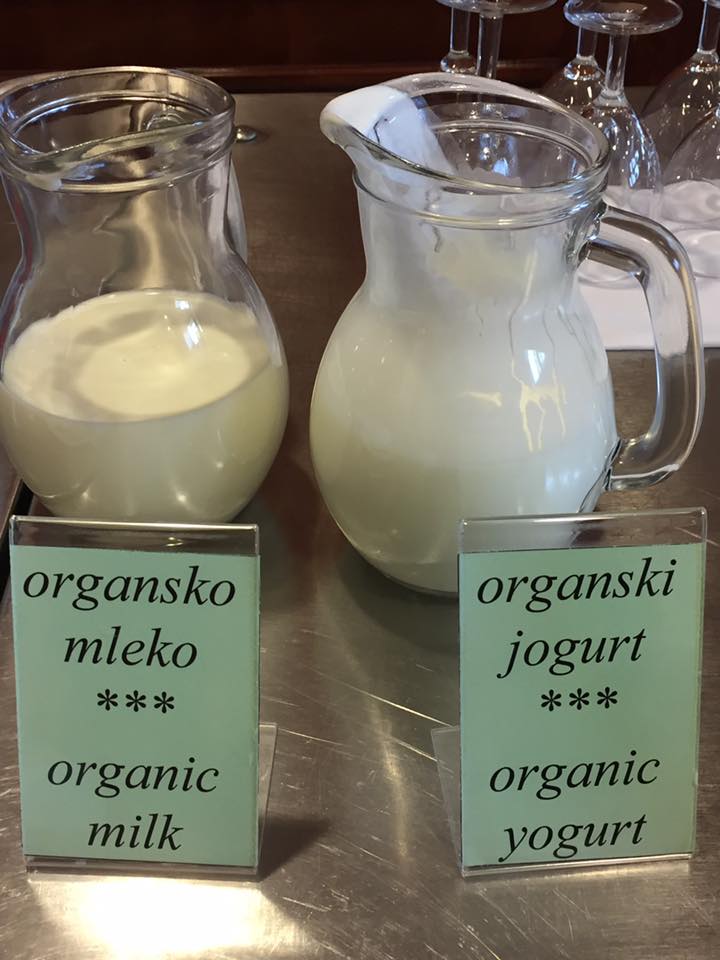 Ketchup and something else? 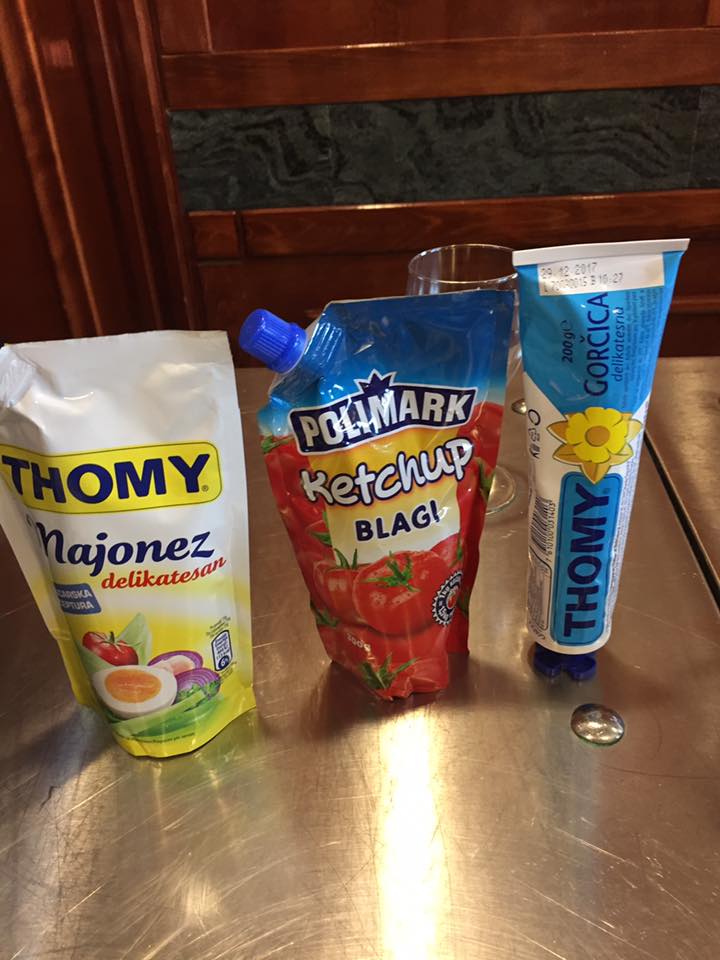 Now this is something you would never see just outside the breakfast buffet in an American restaurant. 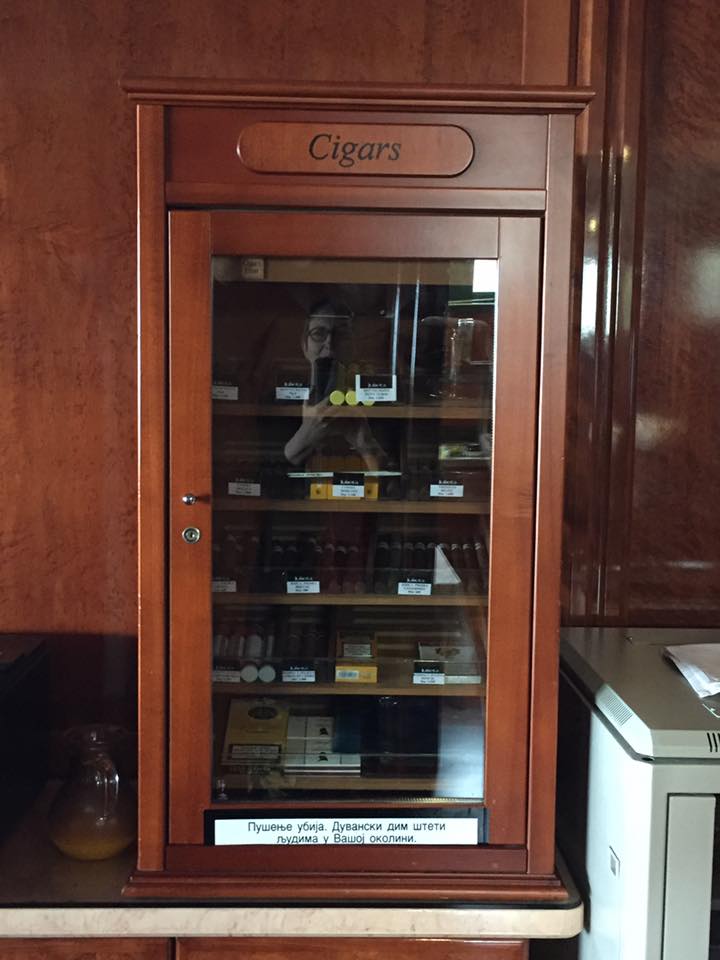 My first bite of oatmeal was a definite surprise. I’d been expecting it to be hot and it was cold, but it was delicious–the best muesli I’d ever tasted. I eagerly dug in, but as the dining room filled up around me, I felt a bit lonely. That’s always the case being the teacher: you are one of the group, but set apart from the group at the same time. And of course language made me shyer to ask if I could join the women filling the other tables. 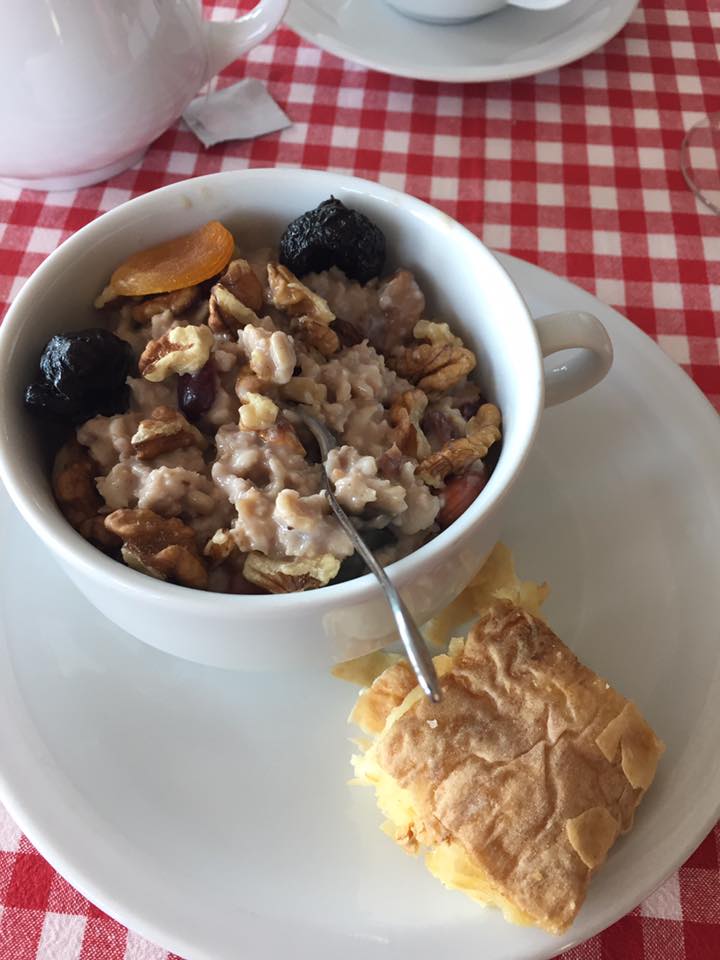 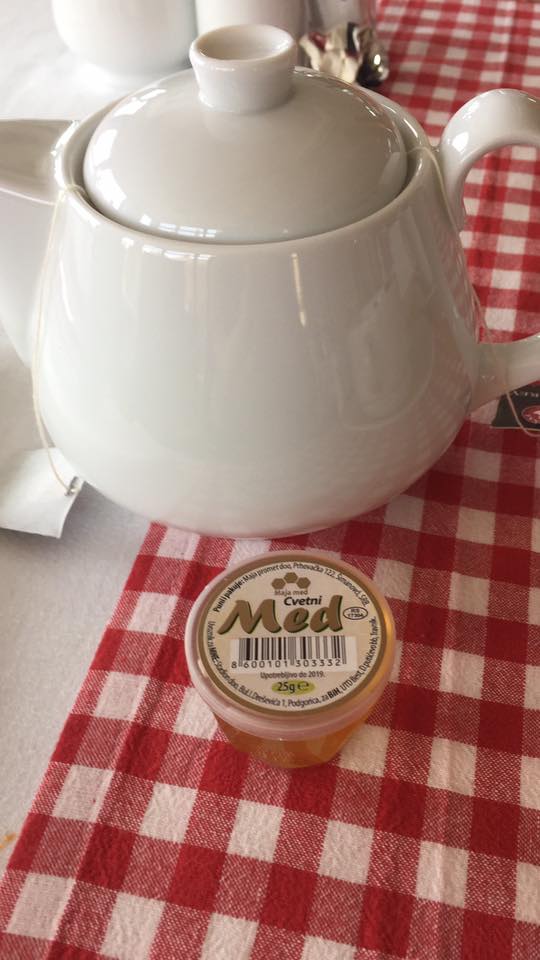 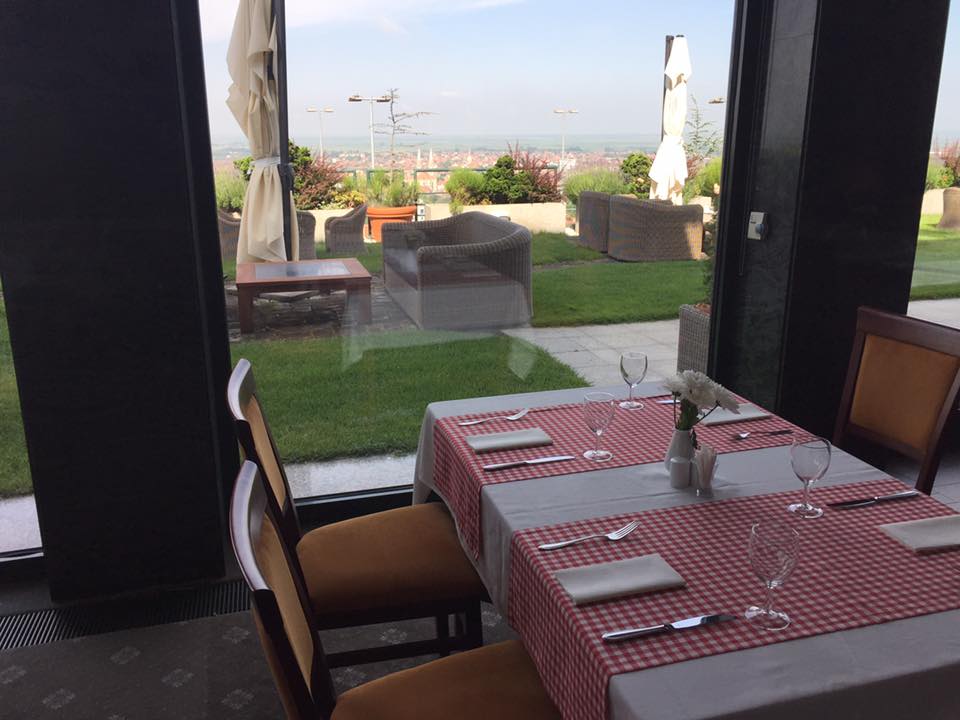 She told me how she’d heard about the book and described the impact it had had on her life. In my life as an author, this is a conversation I have had many, many times in the last 30 years, definitely not so much now as before when the book was new and when I was on road talking about incest, but each time it happens, I am humbled and grateful that the book Ellen Bass and I co-authored has had such an impact on women’s lives.

But now that thirty years has passed, that kind of interaction happens much less frequently—many people in my life know nothing about my past history as a formerly “famous” author.

But this was different. I was in Serbia. To be honest, I hadn’t even remembered that The Courage to Heal had been translated into Serbian.

The Courage to Heal, in Serbian: 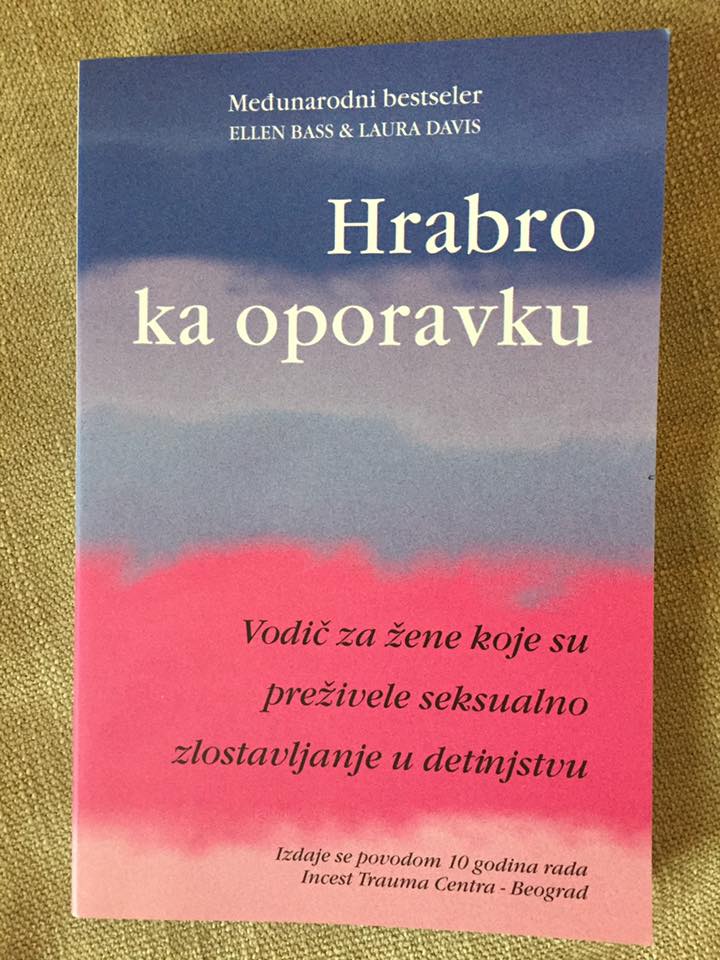 But Ivana #2 told me that eleven years ago, she’d walked into the Incest Trauma Center, not really thinking she had very much to work on, and in her first session with her new therapist, she’d been handed a copy of The Courage to Heal, newly translated into Serbian. “I’ll read it by next week,” she’d told her therapist.

“Take your time,” was her therapist’s reply.

When she got home, Ivana opened the book. “I read the first five sentences and it was like, ‘Oh shit!’ Everything I read was about me. My reaction was with my feelings; it wasn’t mental. I closed the book. I couldn’t read anymore. It was like a volcano going off.”

As Ivana spoke, I could feel tears pressing against my eyes. Some time, 15 or so years ago, I’d signed a contract sent to me by my agent Charlotte for foreign rights. I was vaguely aware that the book had been published in a dozen or so languages, and in my office bookcase, there are copies of many of these foreign editions. They were more like novel decorations than anything else. I had never really taken in what all those foreign editions meant, but now I could see that that foreign rights contract that I’d routinely signed and returned had actually meant something.

Ivana’s story reminded me that the healing process truly is universal. Women telling the truth about their lives is a radical act, not just at home in the US, but everywhere. Our book had changed lives in ways I hadn’t fully imagined—that I can’t fully imagine. It’s just too big to take in. What had started for me as a desperate need to heal as a 27-year-old woman, flooded with incest memories, a 27-year-old woman who had the audacity to approach Ellen Bass about collaborating on a book about healing at a backyard party in Santa Cruz, more than thirty years ago, had led to this. To this moment in this beautiful hotel having breakfast with these brave, committed, amazing women.

“I know what I’m saying,” Ivana continued. “A woman needs your book—if she has that, she has everything she needs.”

I don’t really know how to describe that moment. Sitting at an elegant restaurant in a fancy hotel on a hilltop of a town whose name I will never be able to pronounce, realizing—no feeling—the awesome gratitude at having made a difference in women’s lives, at having created something that broke silence and told the truth about sexual violence against women and the capacity to heal from it. From my own desperate need and with my own newly found courage, as a very young woman, I wrote something that contributed to the empowerment of millions of women I will never know–yet here in front of me, was one, telling me face to face what The Courage to Heal had meant to her.

It’s hard to make myself big enough to breathe and take that in.

Tell me the story of an ancestor, someone from your lineage who touches or inspires you through ... END_OF_DOCUMENT_TOKEN_TO_BE_REPLACED